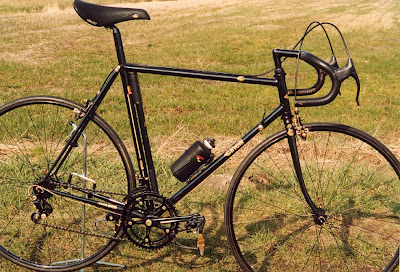 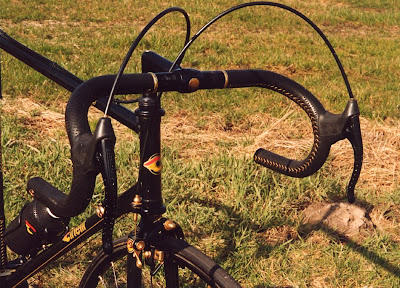 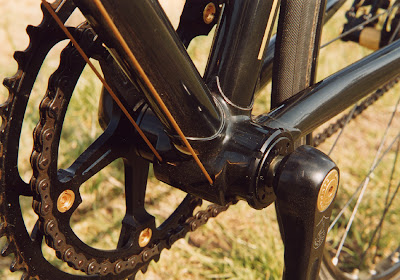 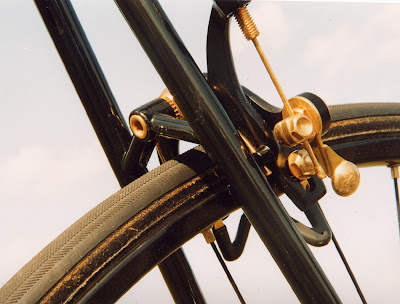 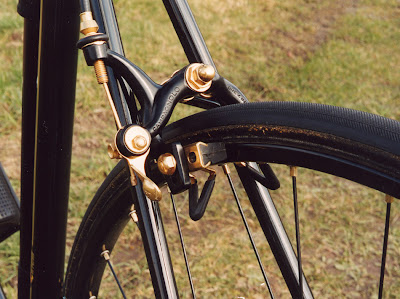 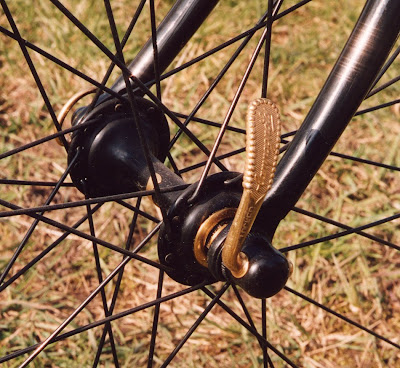 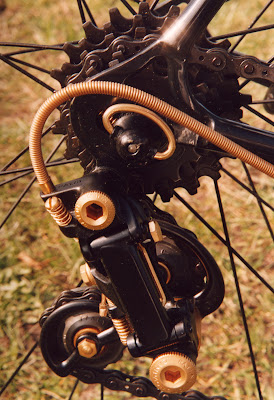 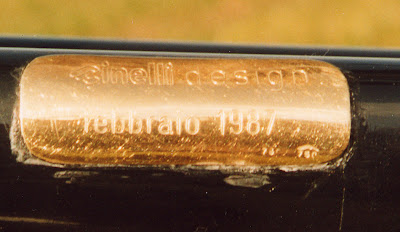 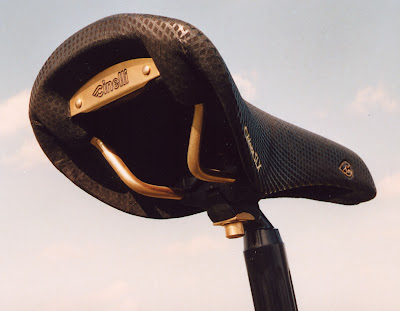 Another bit of black Cinelli bike history has arrived courtesy of Mark A.

Cinelli 1987 “Golden Black” with 1981 Black Campagnolo Super Record
"The Golden Black was evidently an exhibition bike or a design study, never meant to be ridden. The frame is not noticably different to the standard Cinellis of the same period, but the attention to detail and the groupset are extraordinary. This Golden Black was purchased by a collector in Germany and never ridden; price unknown. The Super Record groupset dates from 1981, but the frame itself was built in 1987. The frame bears no serial number; it has only a gold plate stating it was built in February 1987 (I'll give you one guess how many were made in Feb.'87!). The highly modified Super Record components must have been delivered in pieces, specially prepared, and stored in anticipation of a limited production run. The total number of units produced is unknown."

ed. note: In this article about the "confused" Cinelli, Cinelli discusses how in 1983 the Cinelli name/logo on the seat tube was covered by the crankset. That is also the case with the two black Cinelli's I just wrote about (here and here) previously. On the bicycle in the above photos you can see that the Cinelli name has been moved so it is now visible above the crankset which would be be consistent with a frame made later than 1983.

I can be contacted at veronaman@gmail.com
Posted by Angelo senza la o at 7:03 AM