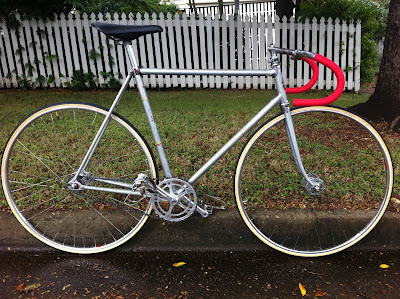 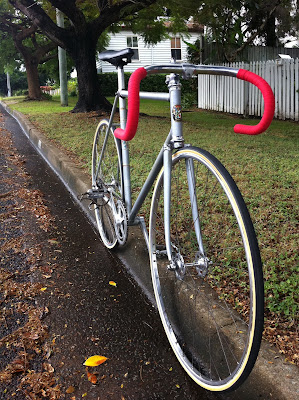 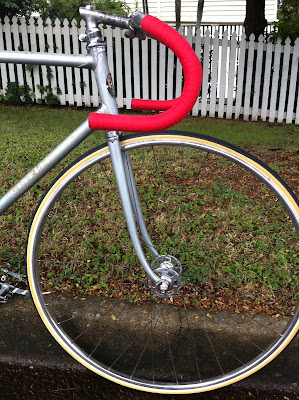 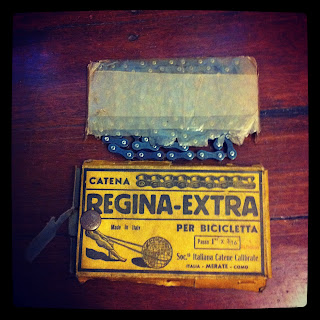 I invite you to contribute by sending in photographs of your Cinelli bike, illustrations, personal stories, and articles about Cinelli bikes and components. Thanks for stopping by. I can be contacted at veronaman@gmail.com
Posted by Angelo senza la o at 6:35 AM No comments:

This bicycle may not be a "Equipe" at all but would appear to be related in some way. It is a "Cinelli Project" Centurion. Certainly there are differences with an "Equipe". Best to read Part I and Part II for reference. The owner of this bike, which is blue with red Centurion lettering (note also the fork is different from an Equipe) wrote: "It's so cool to see a blog about Cinelli bikes! I'm a big fan of the bike brand and here is my story about the Cinelli I have. I was bike racing in college, but not on a so great bike. When I was just out of college, I wanted to continue to do a lot more riding. I was looking for a new frame to build a nice road bike with. A friend from high school, who managed a new bike store showed me the Project Cinelli Centurion bike frame. He said that these frames were produced for dealers (do not know how many) to promote the new "Project Bike" that was coming out at the end of the year. He only had one, and it was my size 60cm. I asked after looking at it for a couple of weeks if I could buy it. He said yes, so I bought the frame and built the bike you see here. Its a light steel, stiff-tight frame..I love riding this bike, it very responsive. The decals are original to the bike frame except for the Campy decals on the top tube. The head tube had a decal on it but all that remains is the "Cinelli Project" part, the "Centurion" logo (in red) went vertical up the center above Cinelli Project."

If anyone has more information about "Cinelli Project" bikes please write in. 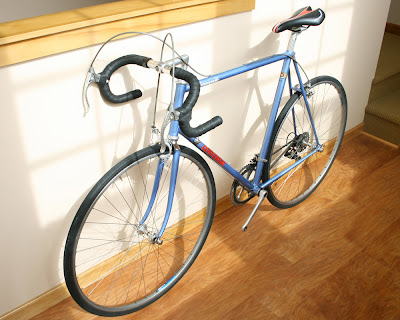 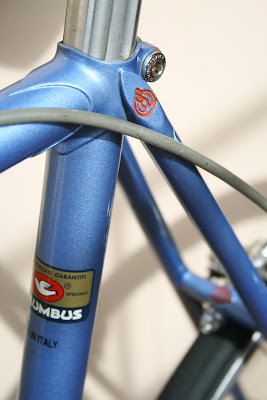 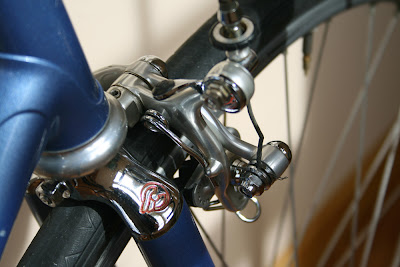 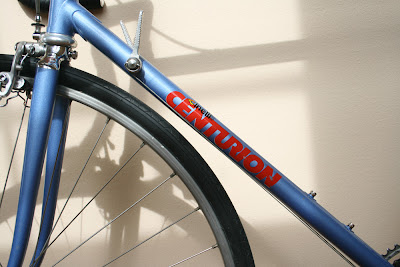 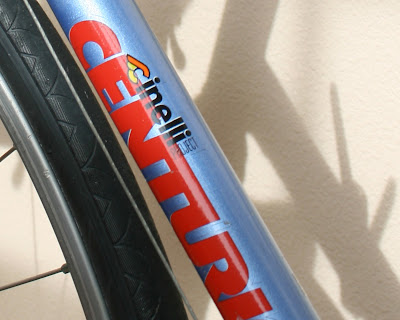 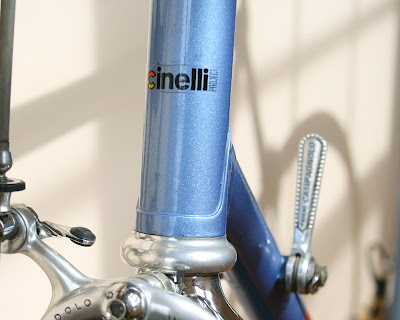 addendum: in May, 2013, a reader wrote to say that at least two of these-as a frame/fork as pictured above (ie., not a built up bike)-were sold in New Mexico.

I can be contacted at veronaman@gmail.com
Posted by Angelo senza la o at 5:32 AM No comments: