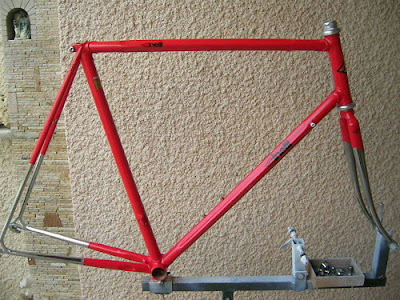 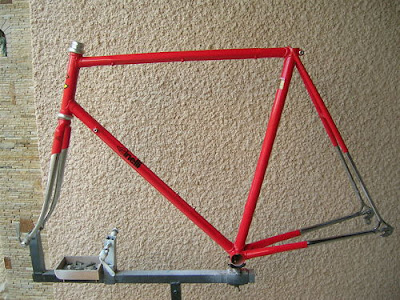 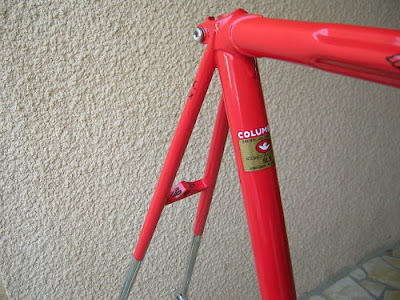 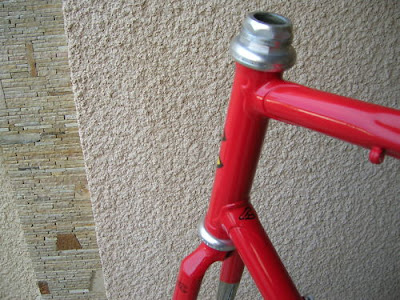 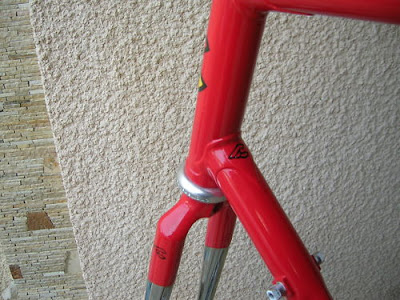 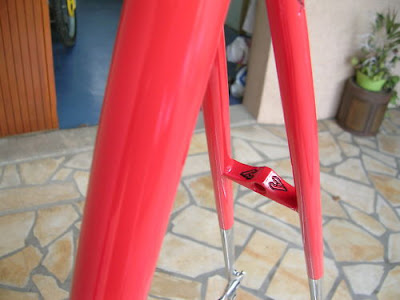 I am not familiar with the Cinelli "CX" model. Does anyone have any information about this model? These photos appeared on a recent France ebay listing with the statement, "it can be a CINELLI CX, impossible to know because the sticker is missing". 58cm. Notice that the top tube and downtube are crimped; tubing is Columbus SLX. You can click on photos to enlarge them.

I found another reference to a CX, in 56cm, which stated, "This is a very unusual Cinelli road frame from I think is from the early 80s. The lugs all have the Cinelli winged symbol as does the rear brake bridge and fork crown."

NOTE: From Cinelli this response, "Hi Angelo, I spoke to a few of my colleagues this morning and came to the conclusion with them that this frame is almost certainly a fake or unofficial Cinelli. We never used that lugset, but even more telling is the top tube with its “master” style shaping which is a give away that the tube is in fact not even Columbus but an Oria tube shaped by Silva. It is the tubing which makes us almost certain that this frame while certainly not a production model, is not even a prototype."


Note: subsequent to the above entry the following photo courtesy of www.hilarystone.com of another "CX" labled frameset: 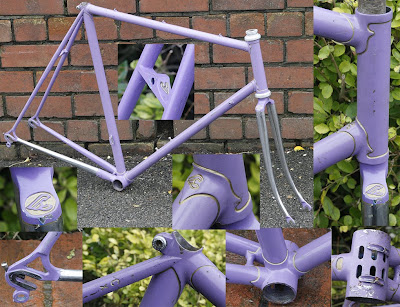 I can be contacted at veronaman@gmail.com
Posted by Angelo senza la o at 6:04 AM