We know that the Centurion "Equipe" was made in Italy, circa 1984-85, with the involvement of Cinelli framebuilders; see here.

The photos below are of a Centurion "Professional" that has Cinelli-like features but was made in Japan. Note in particular the BB design and serial number, M8K18033. According to the Japan made Centurion frames the decode is:
Centurion models manufactured in Japan between 1980-1990 use a serial number format WXYZZZZ with: W = a letter, purpose uncertain, possibly indicates a manufacturer or Centurion; X = a number, indicating the calendar year of manufacture; Y = a letter, indicating the fortnight of manufacture (A = wk 1 & 2, B = wk 3 & 4, etc.) ZZZZ = four digit number, probably indicating frame number during fortnight of manufacture. N4E0283, as an example, would indicate this is the 283rd frame made during the period of weeks 9-10 in 1984.

More information about Centurion:
Centurion was a brand of bicycles created in 1969 by Mitchell (Mitch) M. Weiner and Junya (Cozy) Yamakoshi,[1] who co-founded Western States Import Co. (WSI) in Canoga Park, California (initially Wil-Go Imports) to design, specify, distribute and market the bicycles. The bikes themselves were manufactured initially in Japan by companies including H. Tano Company of Kobe and later in Taiwan by companies including Merida. The Centurion brand was consolidated with WSI's mountain bike brand Diamond Back in 1990. WSI ceased operations in 2000. 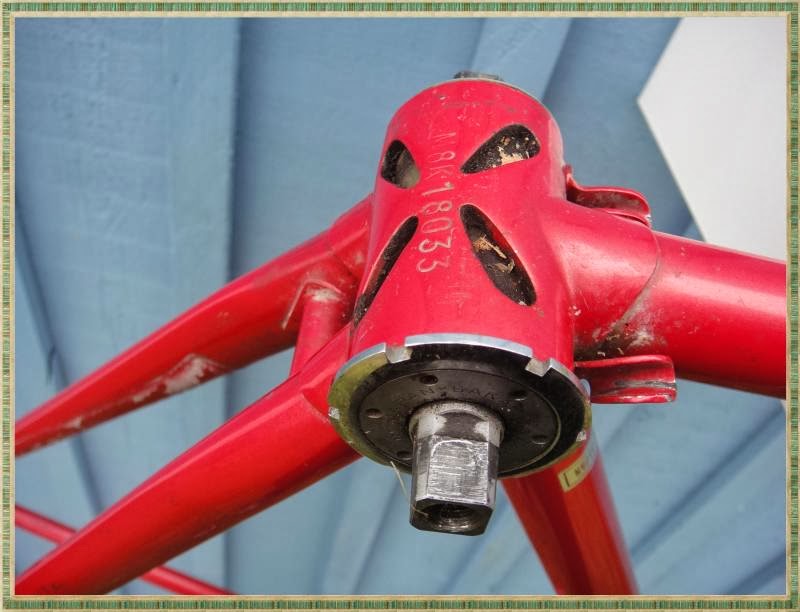 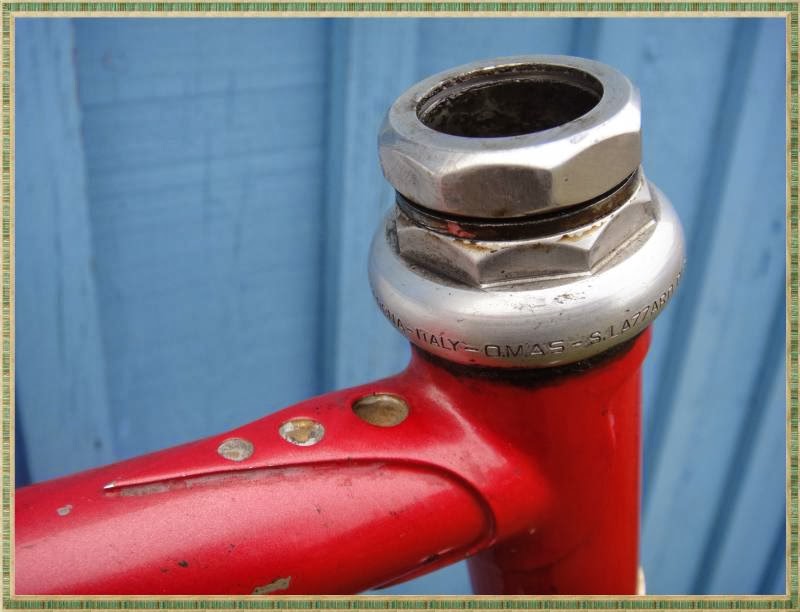 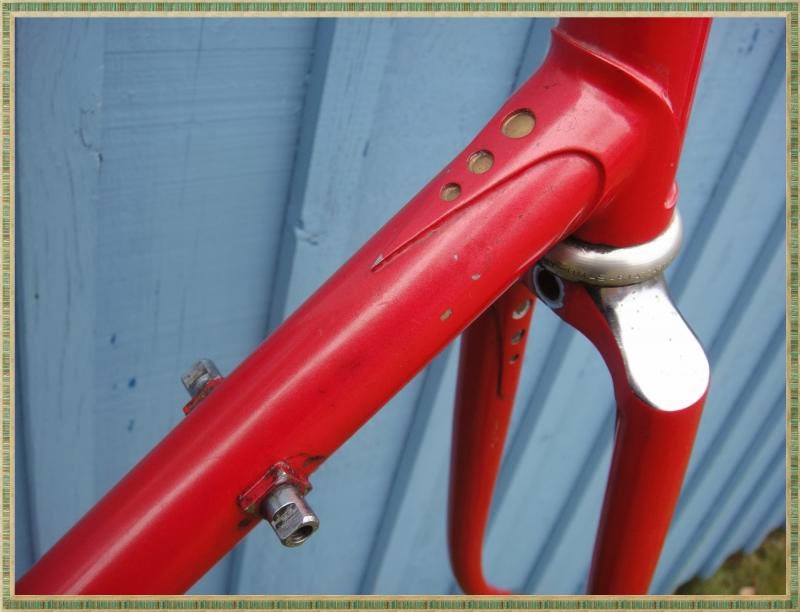 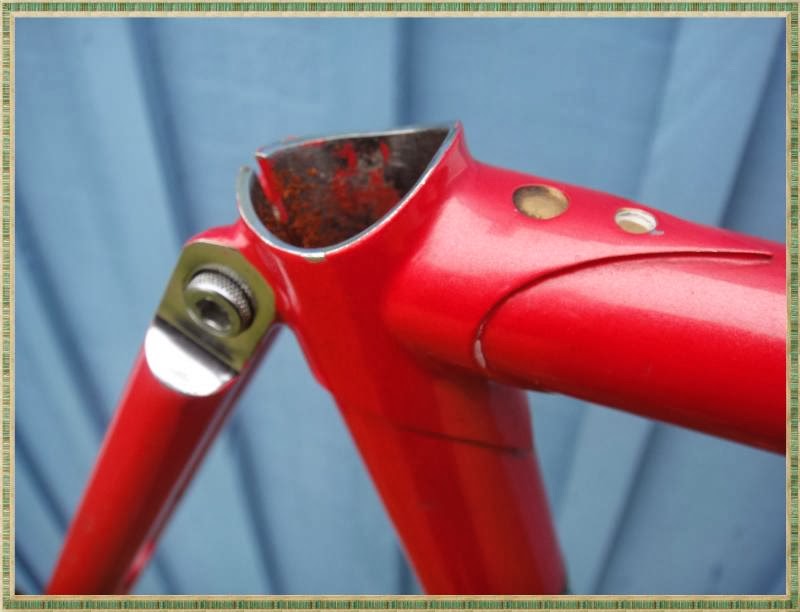 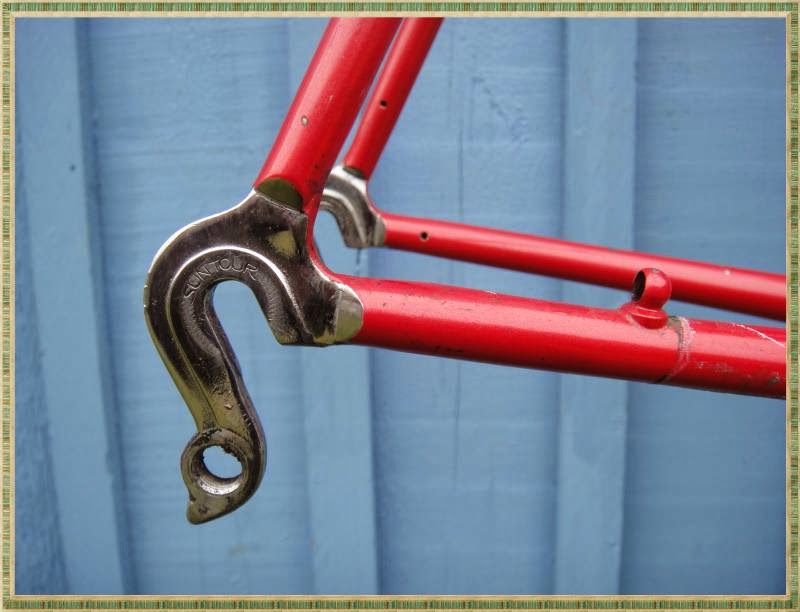 Other frames that were made to look like a Cinelli were Windsor and Raysport.

Courtesy of Wolf, owner of this Cinetica, are these original Cinetica documents (click on images to enlarge): 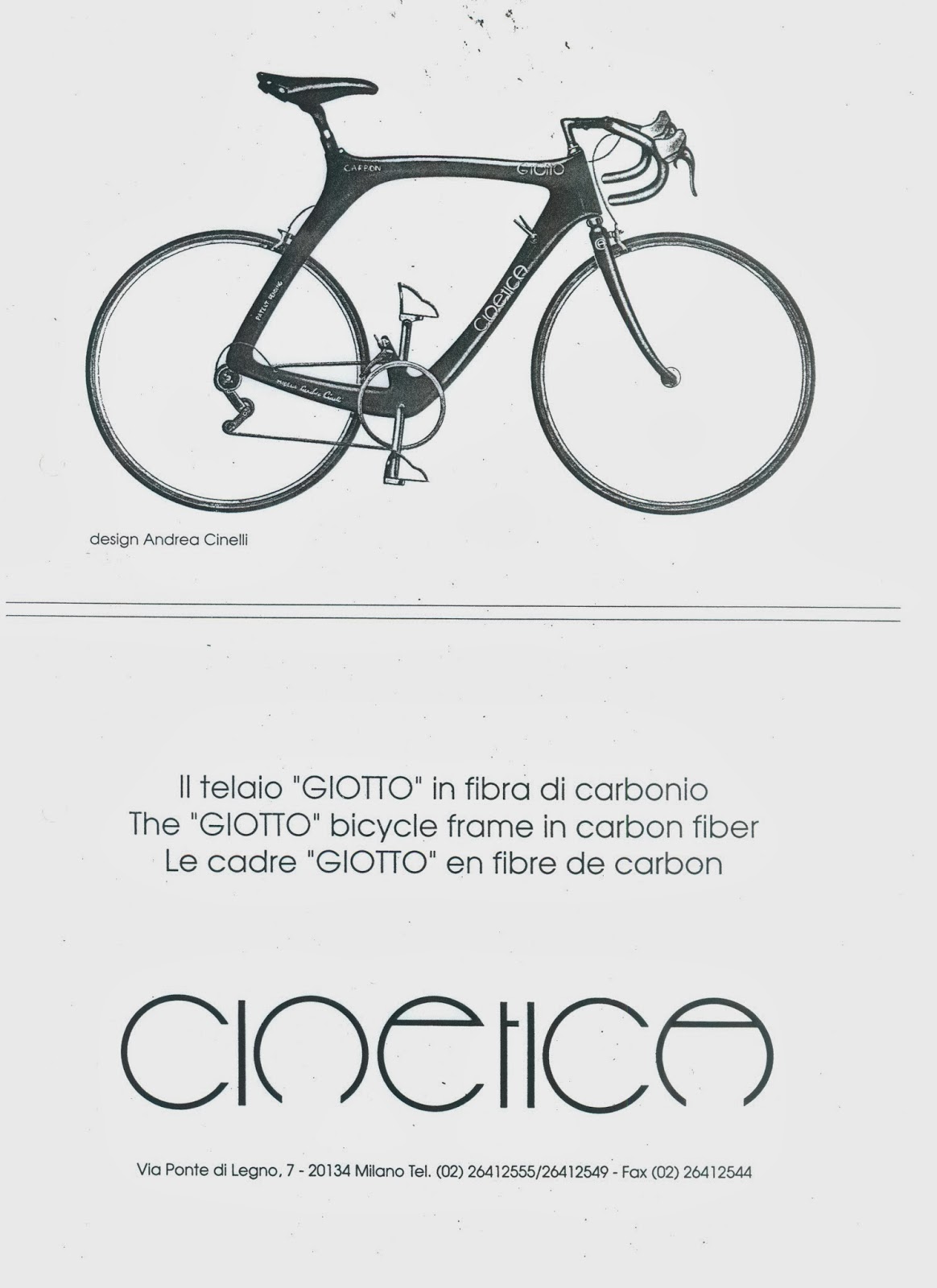 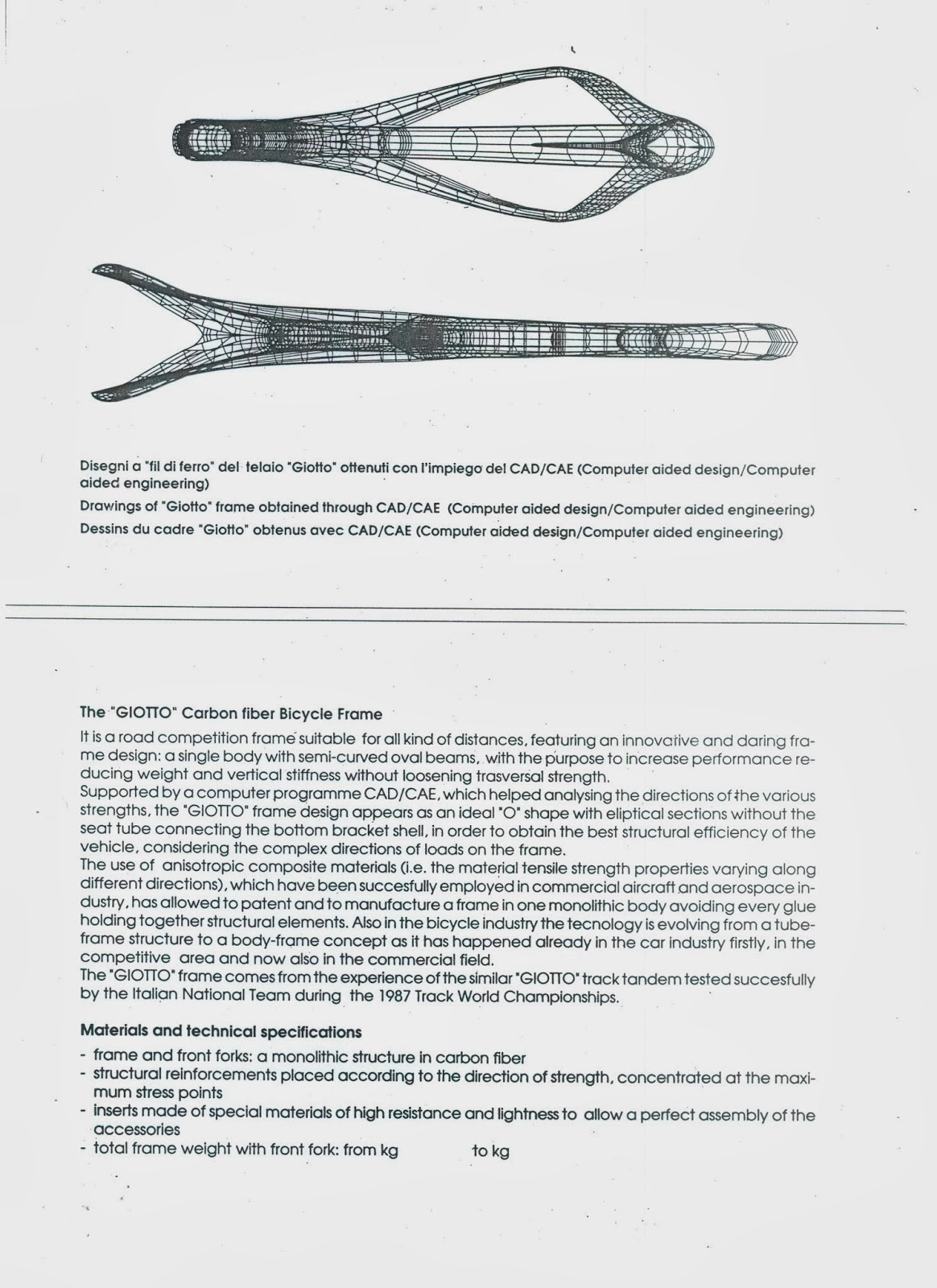 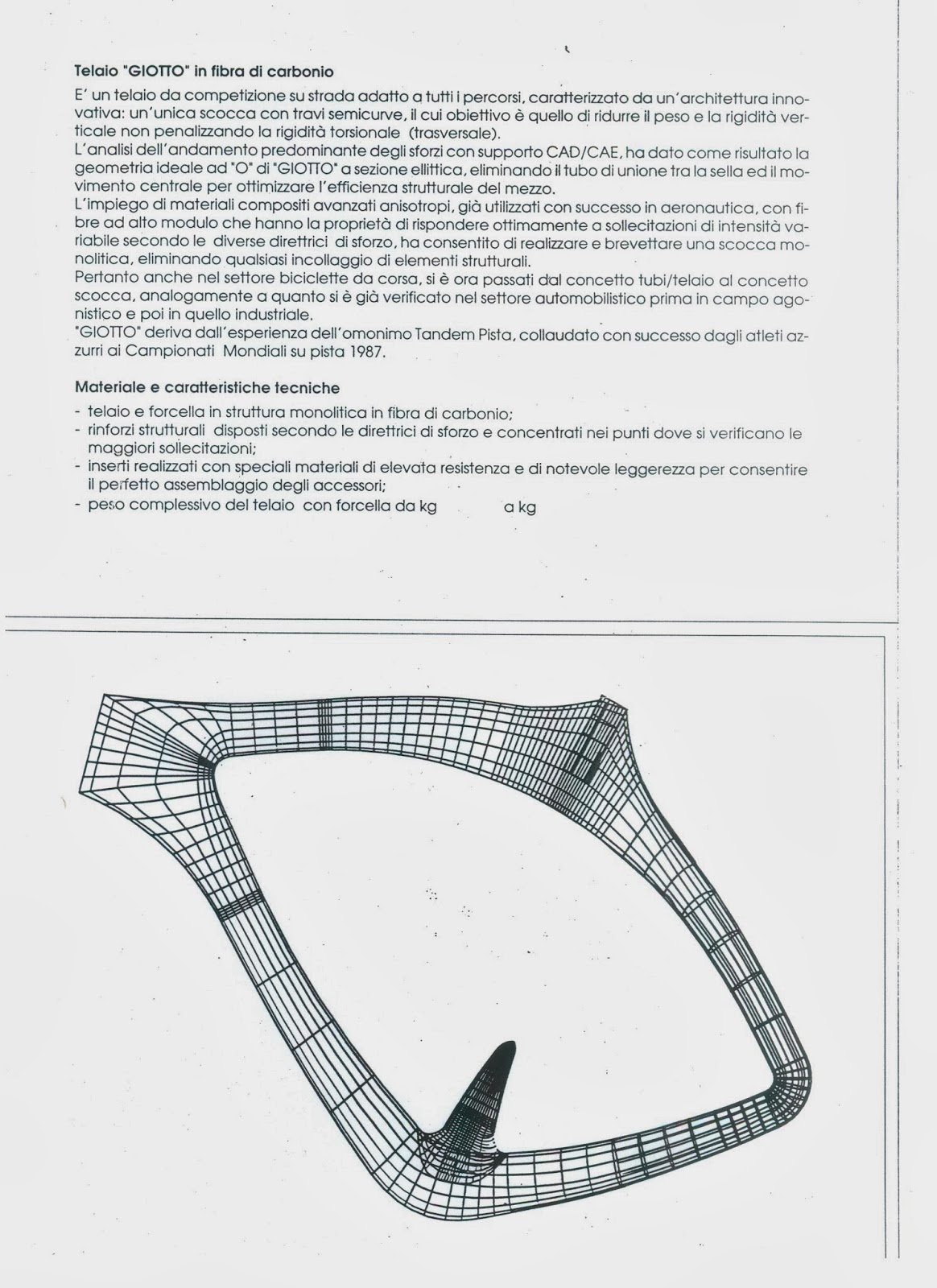 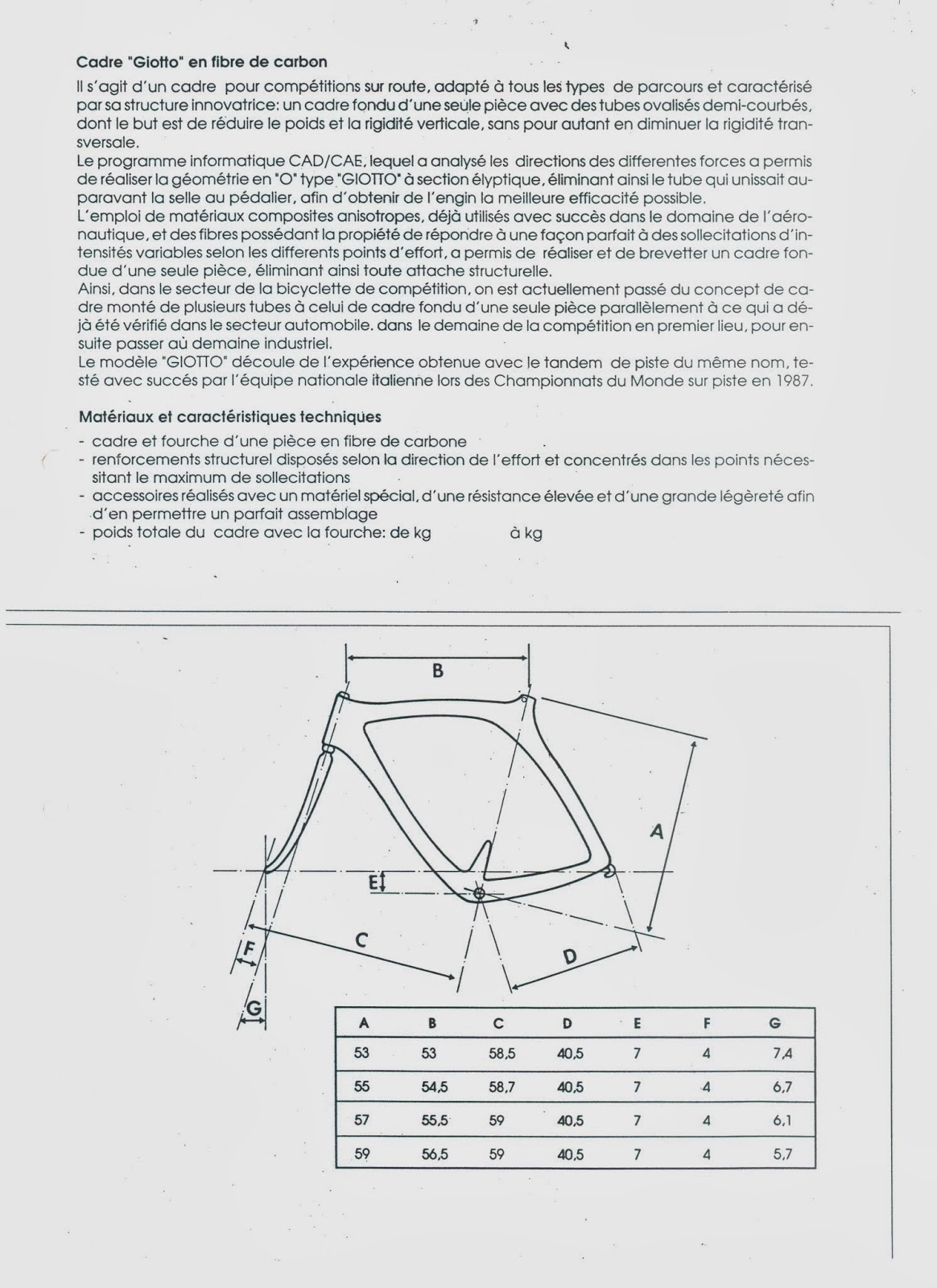 Posted by Angelo senza la o at 6:00 AM No comments: 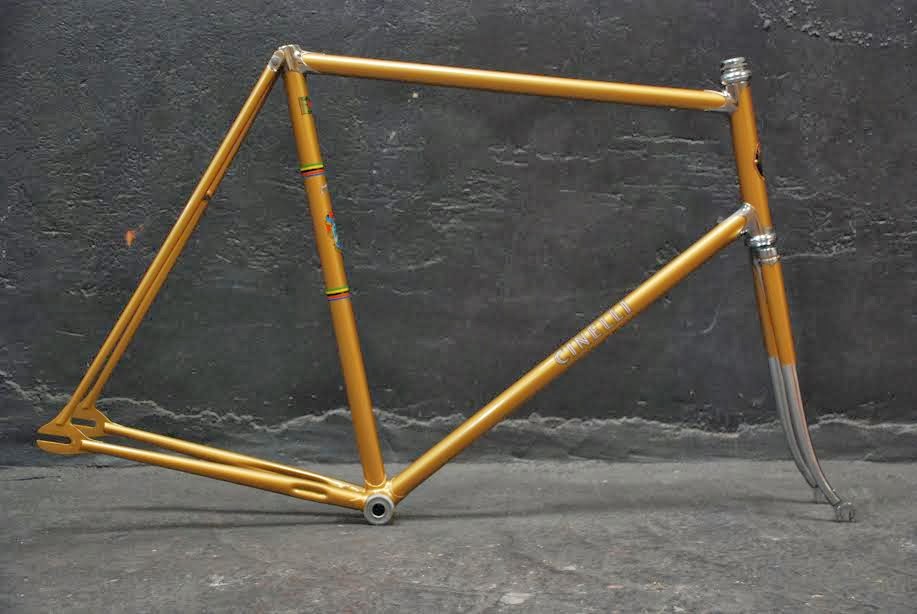 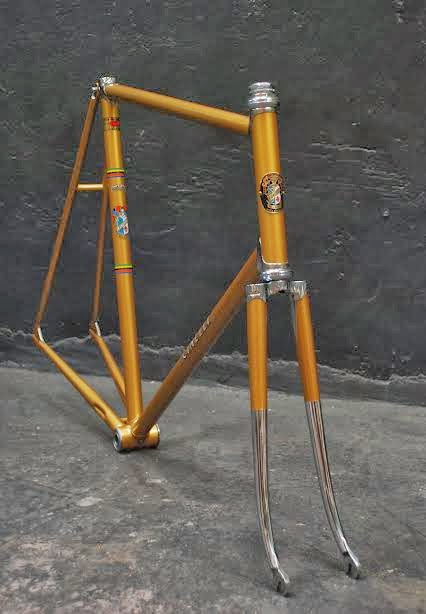 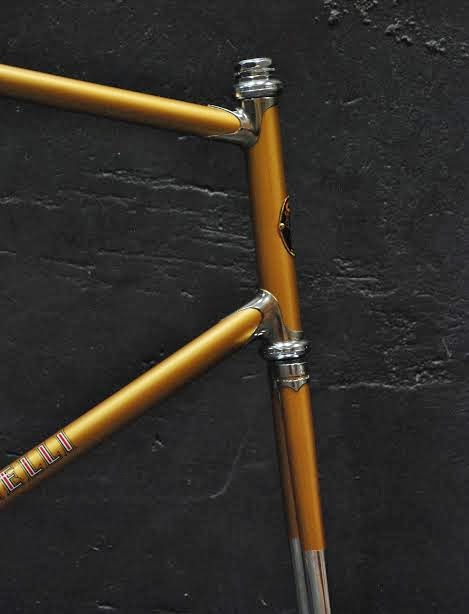 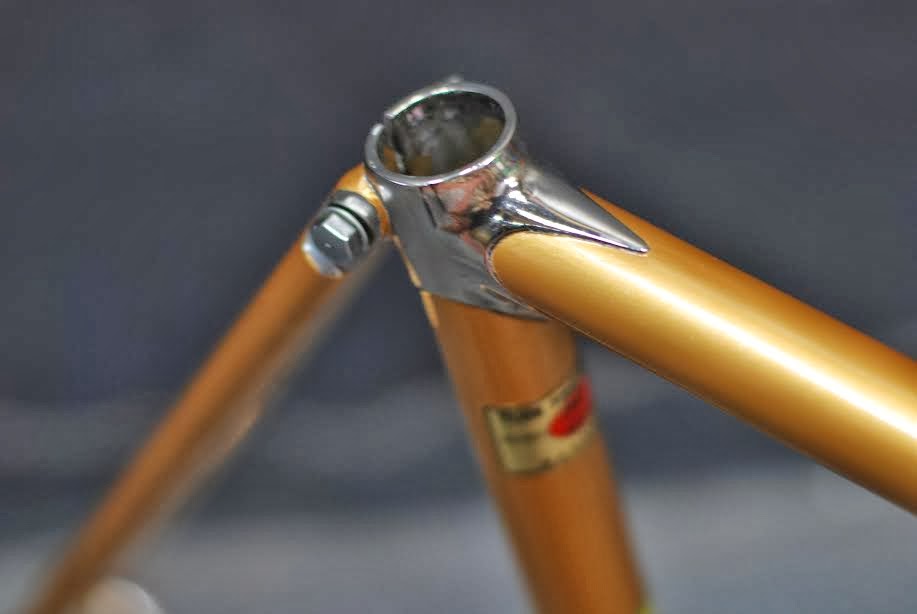 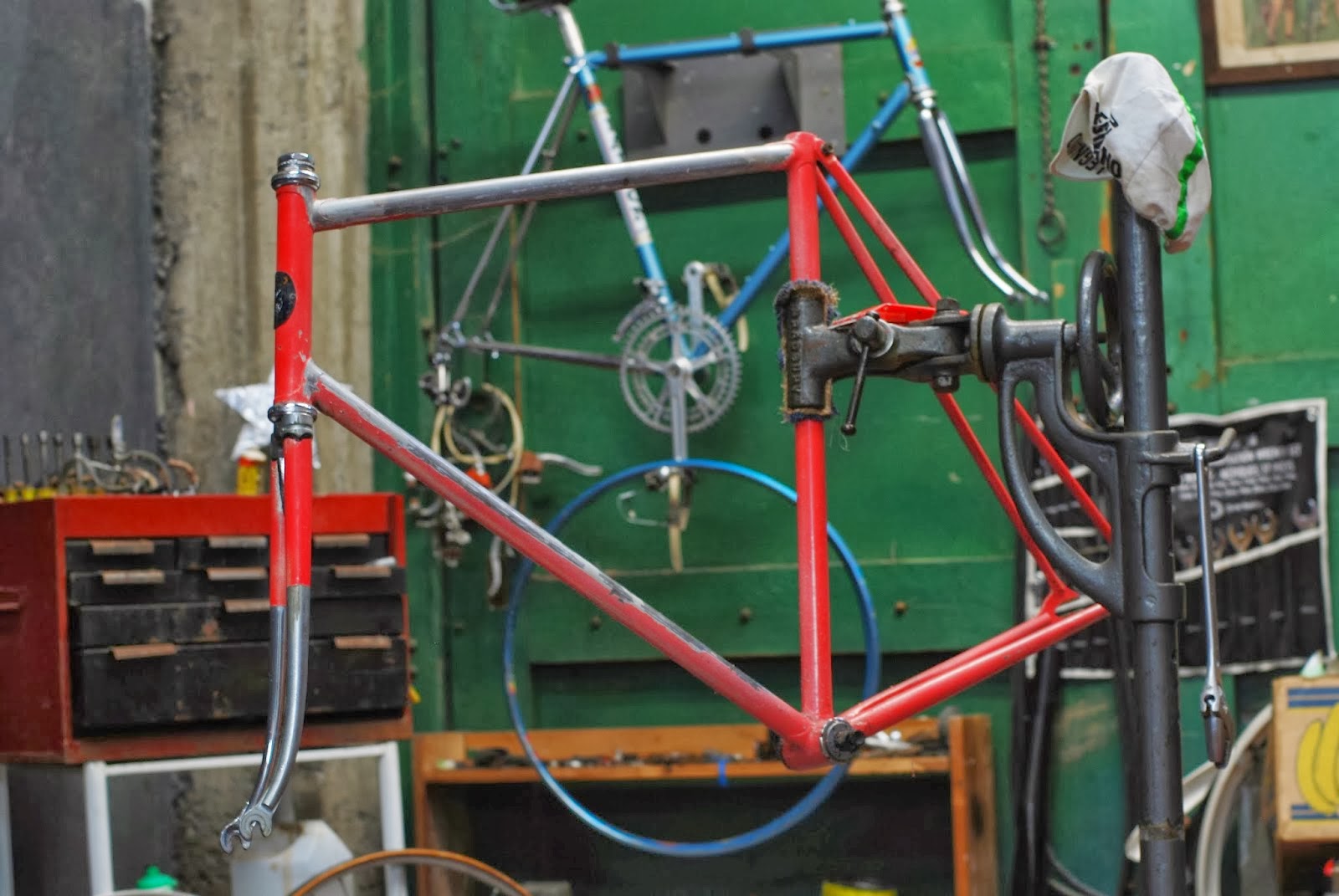 Adrian writes, "I have just finished restoring a Cinelli track frame, number 1650. I am actually selling it (it is to big for me), but it came up very nice. I have some nice photos of it which I would be happy for you to use on your excellent blog if you like."

Reminder: I invite you to contribute by sending in photographs of your Cinelli bike, illustrations, personal stories, and articles about Cinelli bikes and components. I can be contacted at veronaman@gmail.com
Posted by Angelo senza la o at 8:27 AM No comments: 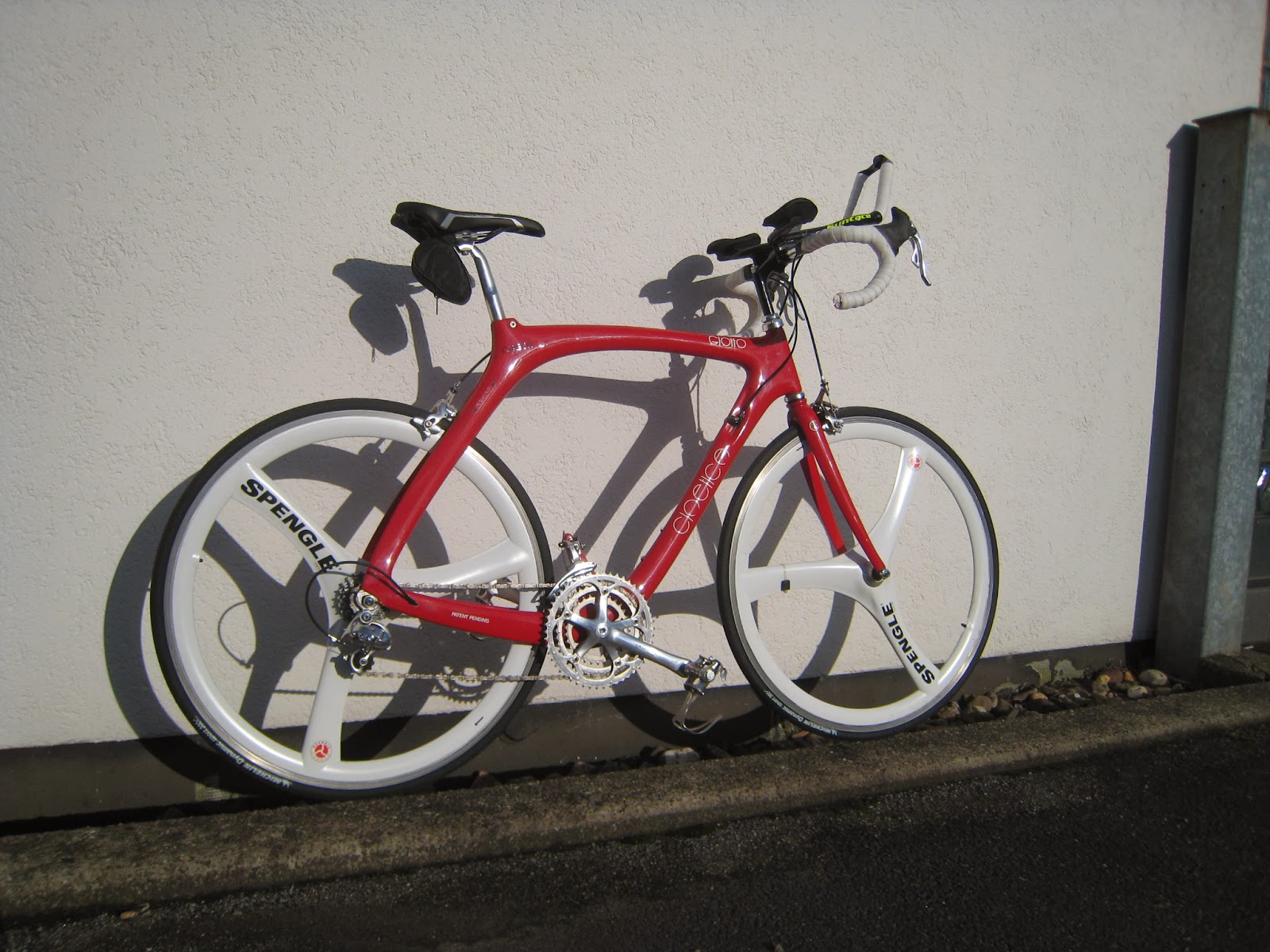 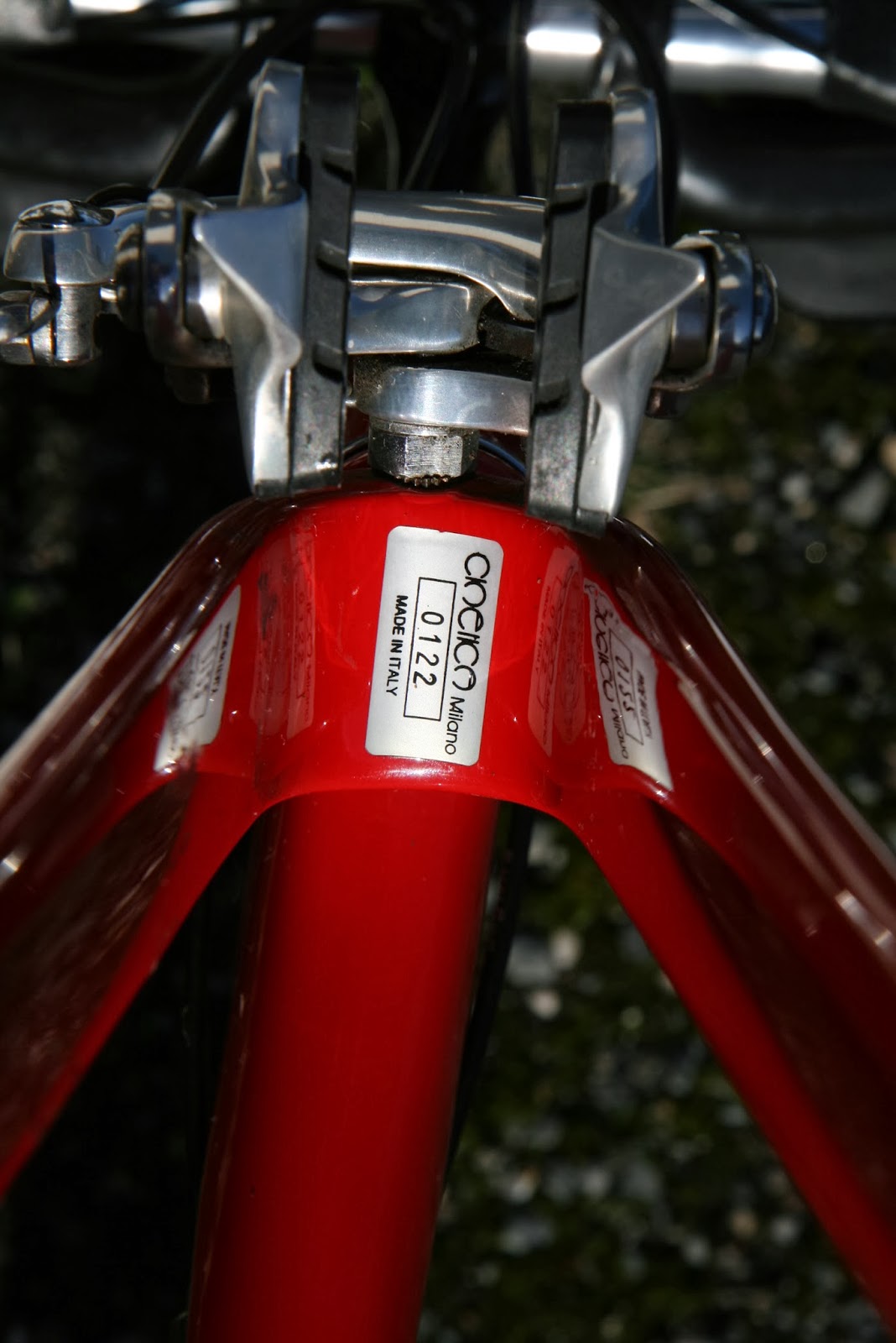 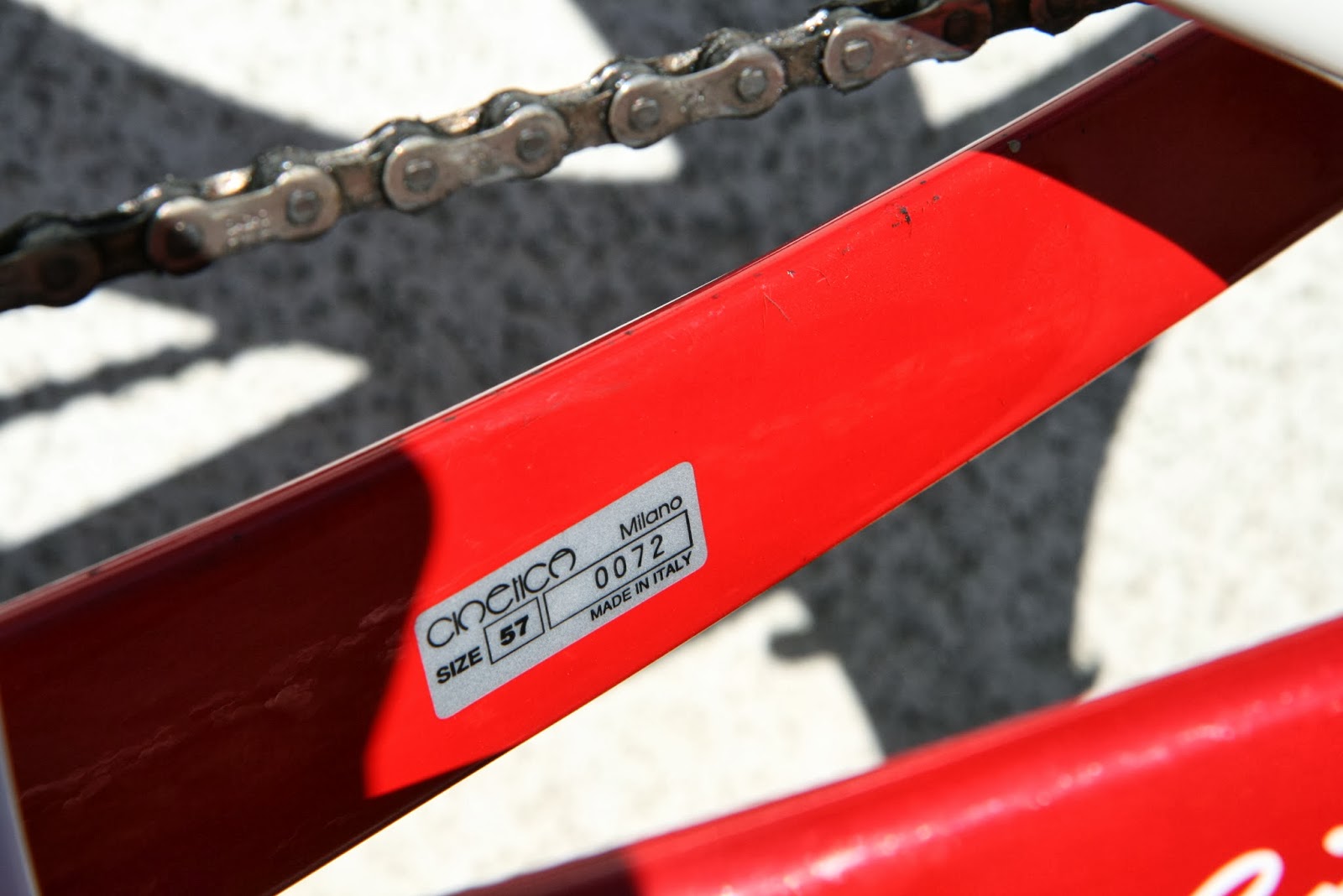 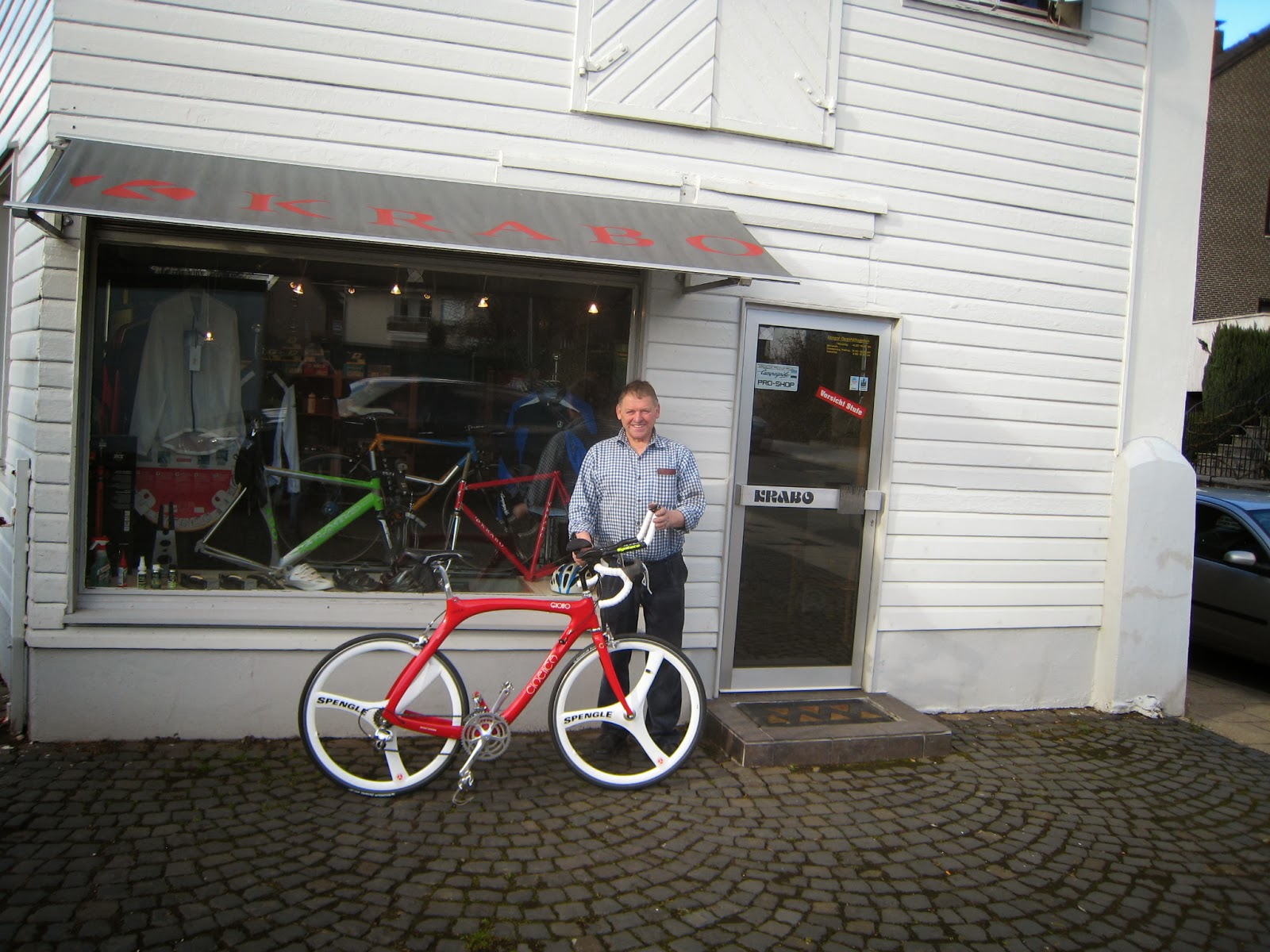 My thanks to Wolf who writes, "I bought it in March 1991 from my frame builder in Bochum, Günter Krautscheid, who bought it from Andrea Cinelli and completed it. The price was 4390,00 Deutsche Mark which in Euro is 2245,00 Euro. For that time it was very expensive. The whole bike with Campangnolo C Record gear and the two Spengle Tri Spokes was around 12000,00 Deutsche Mark which is in Euro around 6150,00 Euros. I used the bike just "on Sundays and good weather conditions" and I haven't used it since I stopped practicing Triathlon in 1998. The last photo is a recent one of Günter Krautscheid in front of his shop in Bochum."

For more information about the Cinetica frames, and components, click here.

Reminder: I invite you to contribute by sending in photographs of your Cinelli bike, illustrations, personal stories, and articles about Cinelli bikes and components. I can be contacted at veronaman@gmail.com
Posted by Angelo senza la o at 6:09 AM No comments: 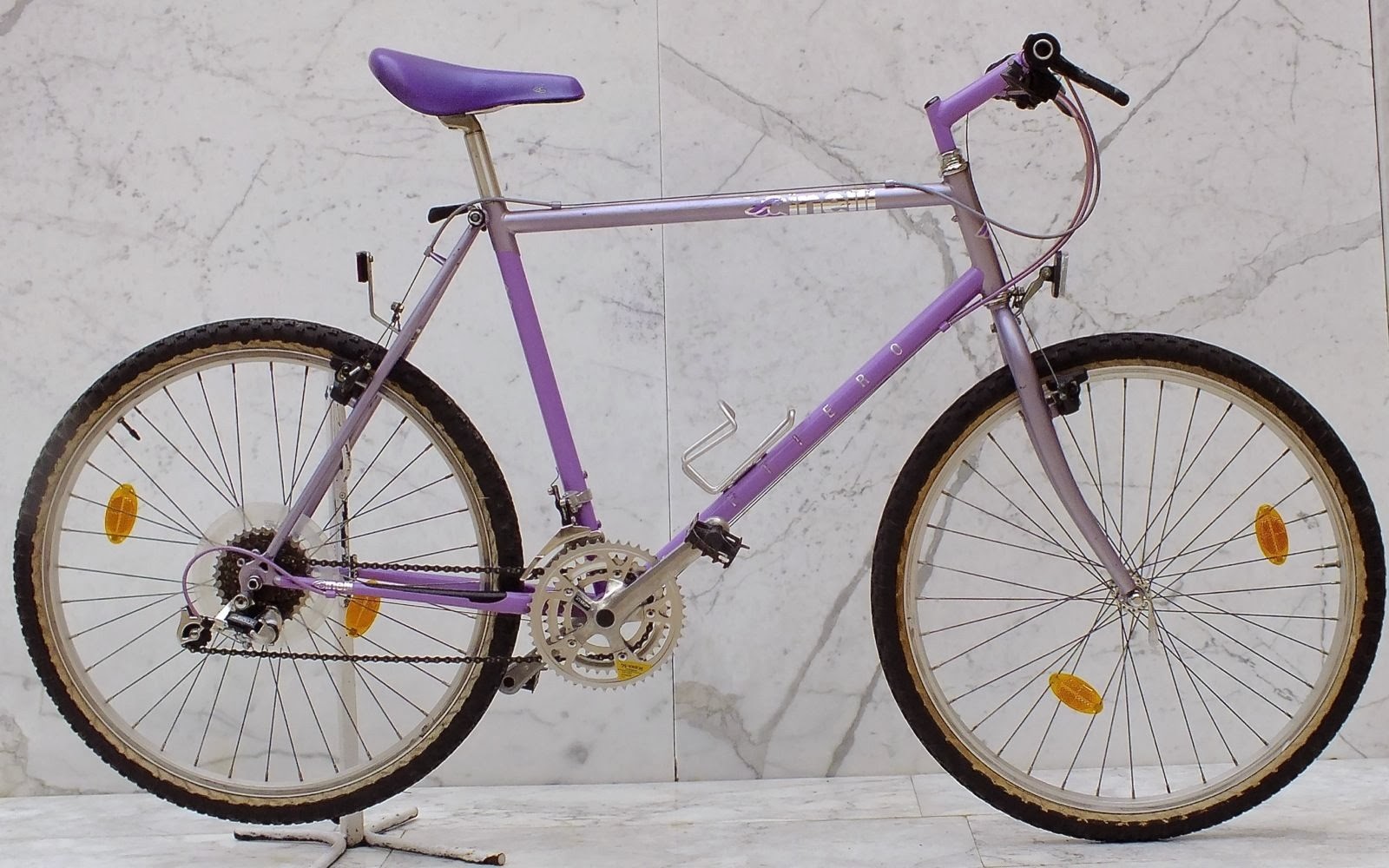 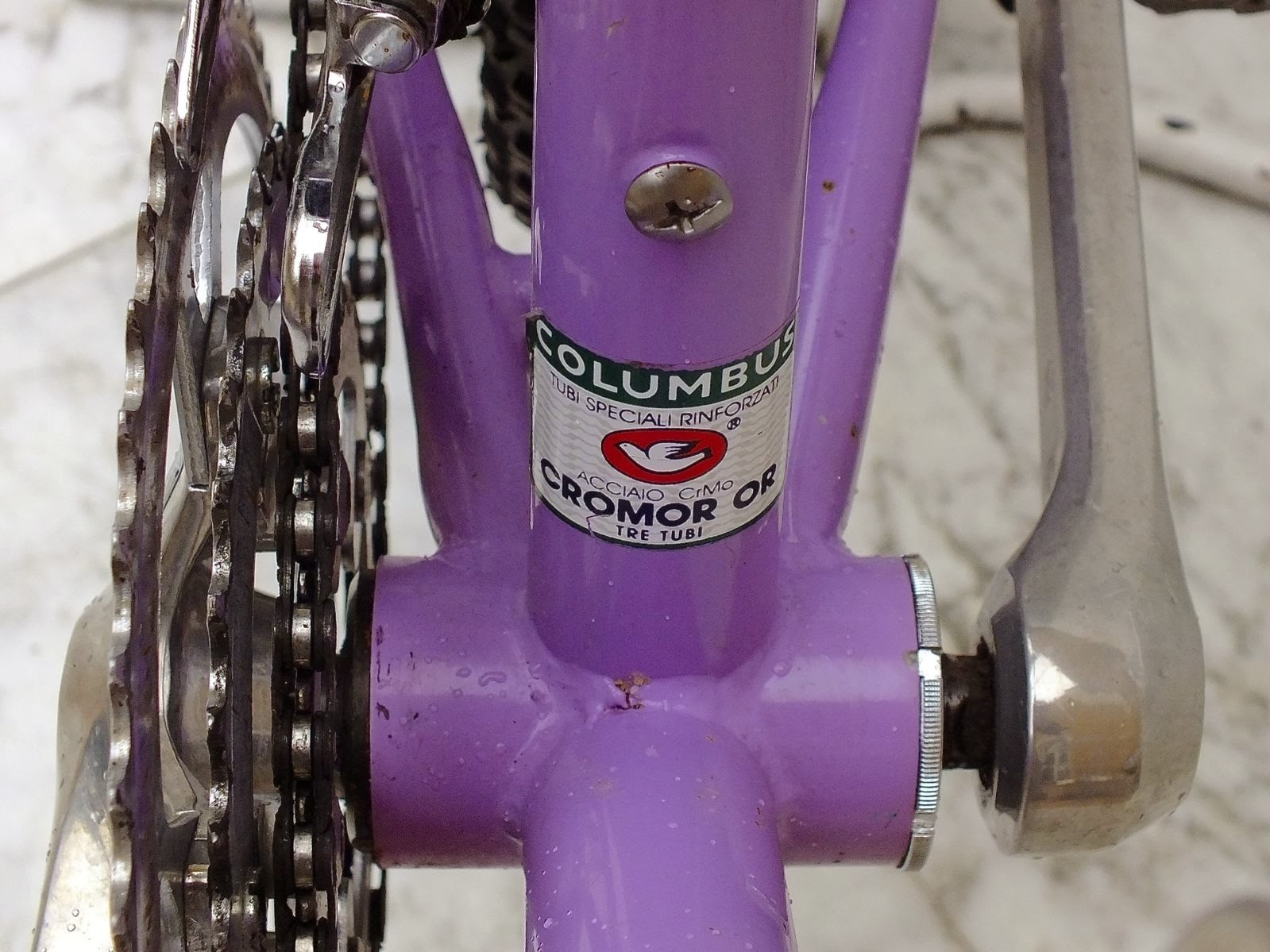 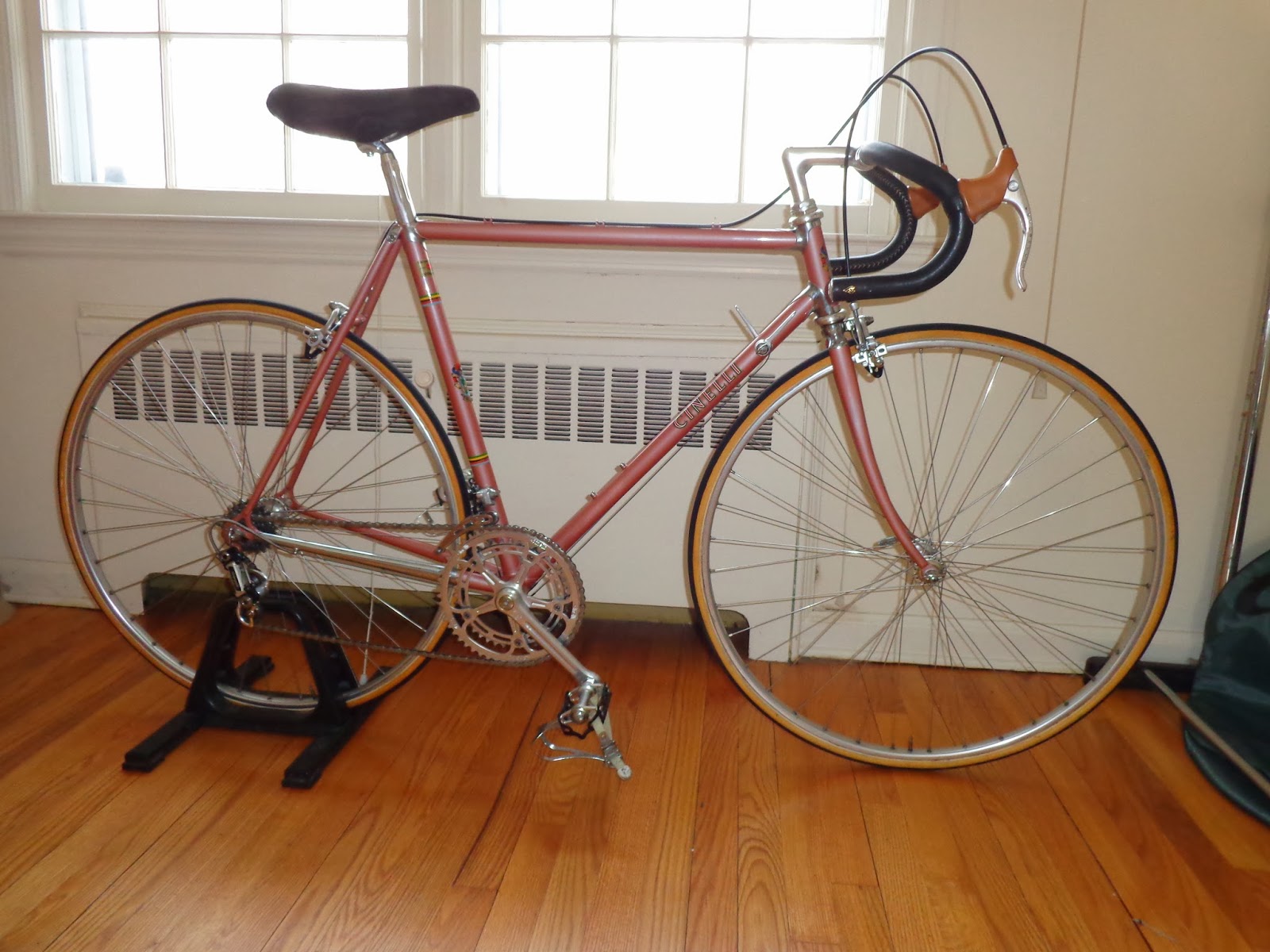 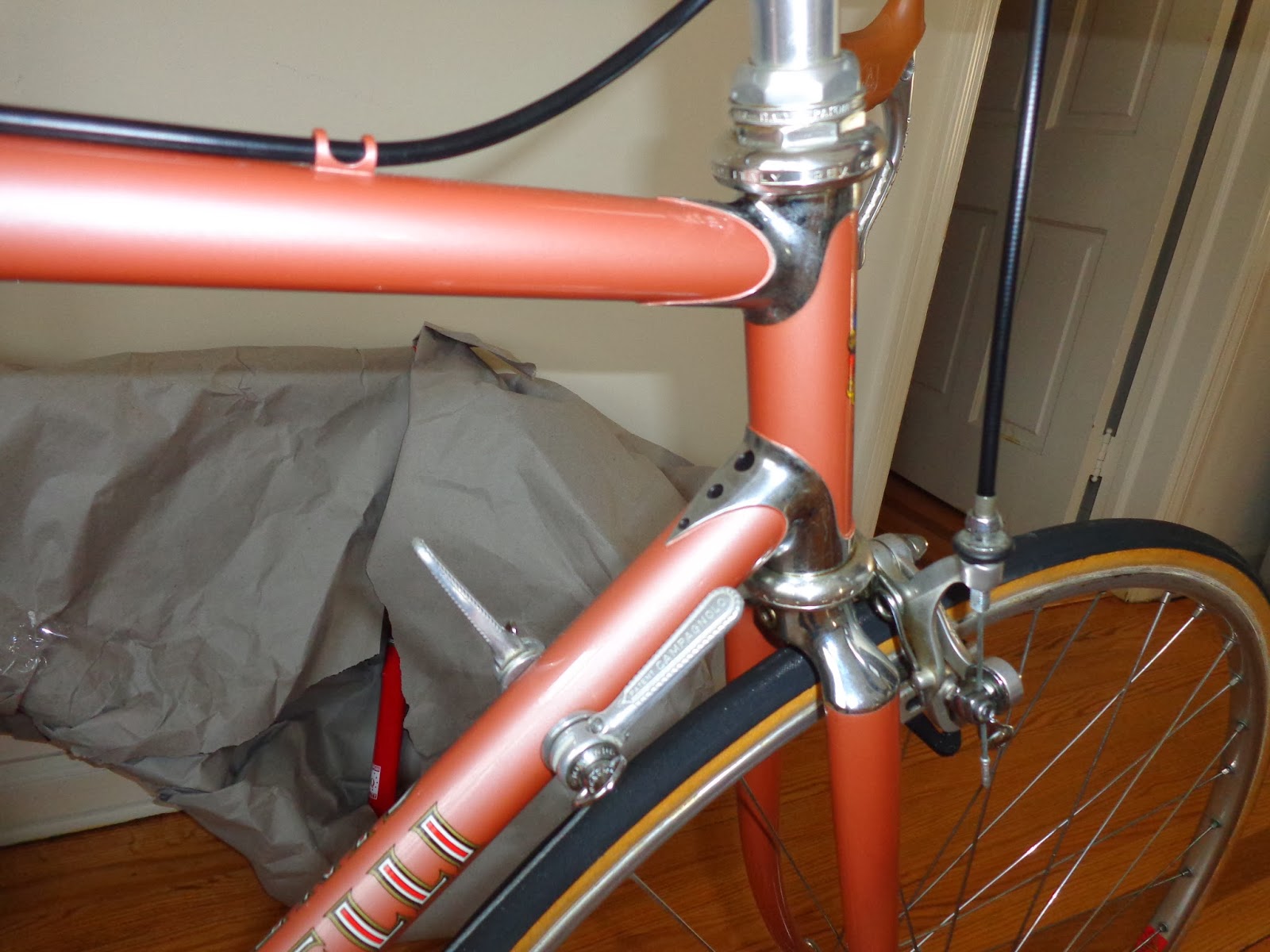 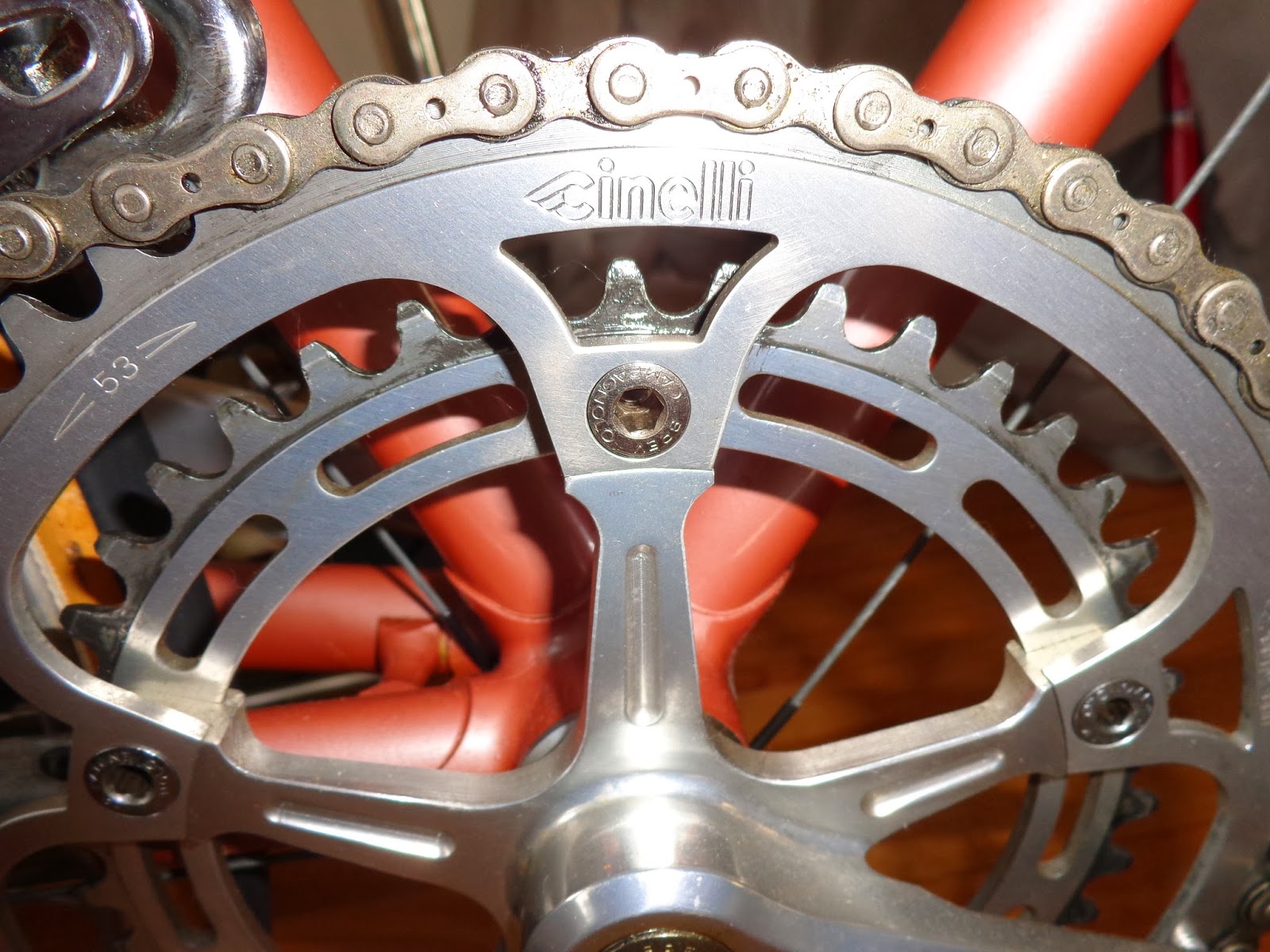 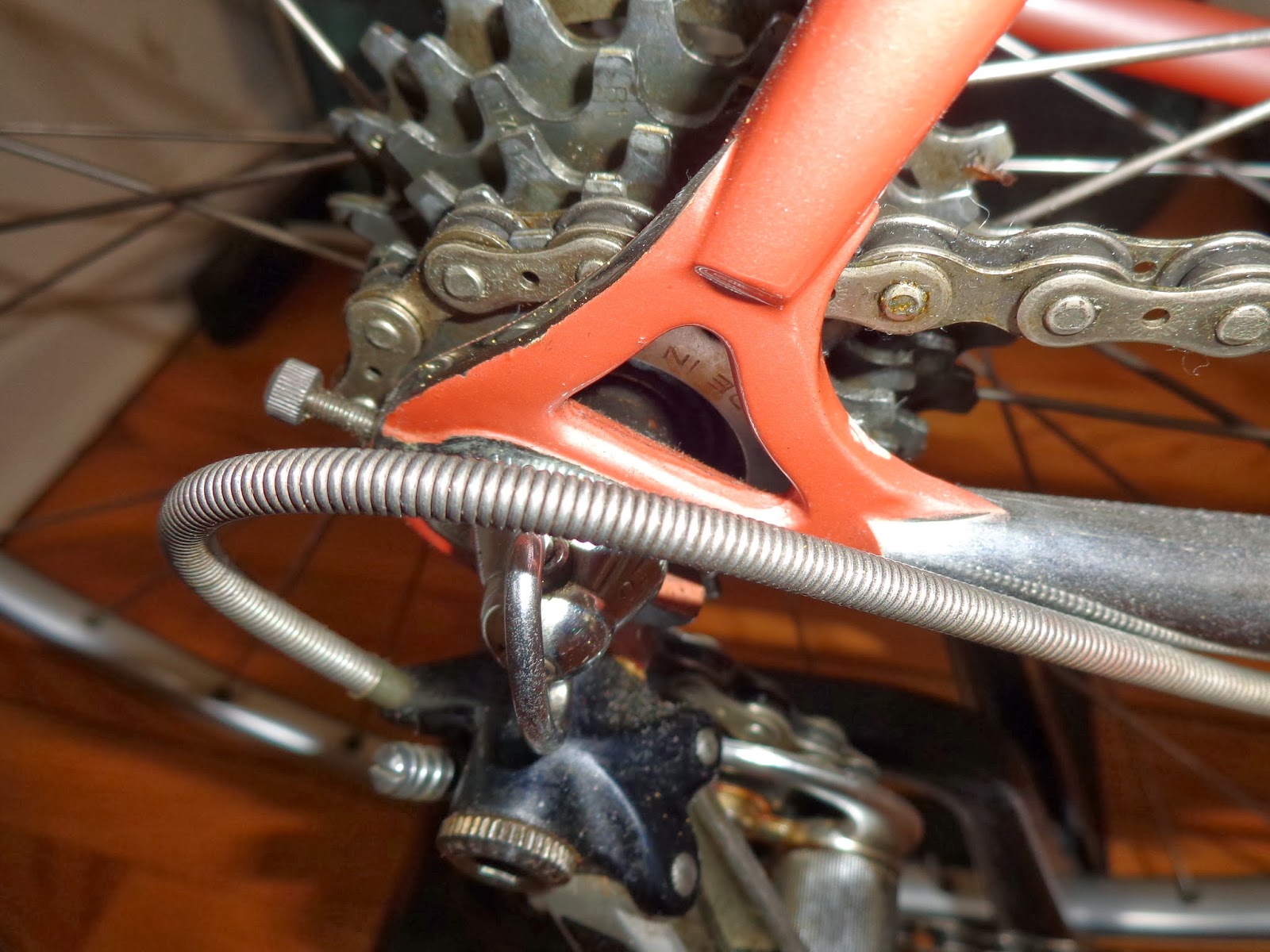 "n 1987/1988 CINELLI made just shy of 300 commemorative frames with the original CINELLI decals and built with Columbus SL tubing and the original Cinelli lugs sporting the famous three hole cut outs. Antonio Columbo who purchased the Cinelli company in 1979 named these limited edition bikes "Tokyo '64" as Cinelli had been a supplier to the Italian national team for the 1964 Olympics in Japan. The entire allotment of Tokyo '64 bikes were sold out within days at the Milan show. Most of the frames went to Germany, Japan, and the U.S.A. Most were Cinelli silver but a few were sprayed in Cinelli rose as shown here. This one was assembled in 1990 and has virtually no miles on it as it was hung as a showpiece at Milano Sport in Greenwich, Ct. The frame measures 55cm. center to top or 53 cm. center to center. Top tube length is 54 cm. Gruppo is full Super Record with Regina freewheel and chain. Bar, stem and Cinelli #2 suede saddle are a set known as the VIP kit. Bars are covered in leather. Stem is 10 cm. Cinelli 1/R and bars are 65/40 Criterium bend. Tubular wheels are 36 drill with two good tubs. Binda Extra straps with toe clips. Everything is period correct. This is a frame that can never be duplicated as Cinelli/Columbus has no more lug sets like this. The entire allotment for the U.S. market of this model Cinelli was only 85 units and only two in this size, on each in rose and silver. The paint is reflective so look at the photos where the paint appears slightly darker to see the true color. Only two very precise artisans were given the task to build these frames. One is in his seventies and still working today but Cinelli kept their identities secret for commercial reasons. This is one classic bike that will continue to increase in value."