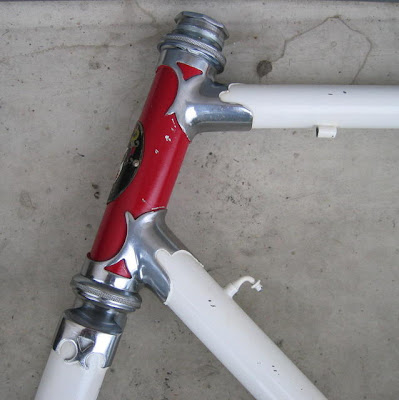 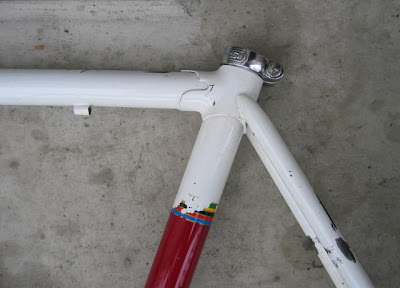 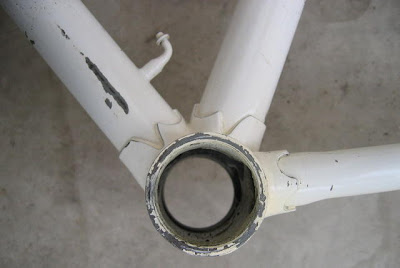 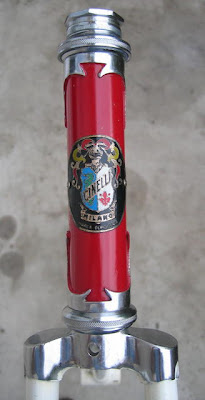 A CINELLI ONLY reader sent me several photos of a Cinelli he could not quite identify. After conferring with some of my more expert friends they confirmed it was a Cinelli "Riviera".

It's much rarer to see a Riviera than a Super Corsa. The Riviera, as can be seen from the text in the 1963 Ron Kitching catalog, was marketed (at least in England) as a bicycle "perfect for the beginner (that) can be used for all cycling purposes". The Super Corsa is described as the "replica of the machines used by the Italian professional road aces....".

There is also a twist in the Riviera story. The Garlatti company certainly made Riviera frames for Cinelli that were destined for export. However, Cinelli also made Rivieras for the Italian market that were better finished. Any additional information regarding these points would be welcome.

A Riviera decal on a 1960 Riviera frame (photo courtsy of Georg): 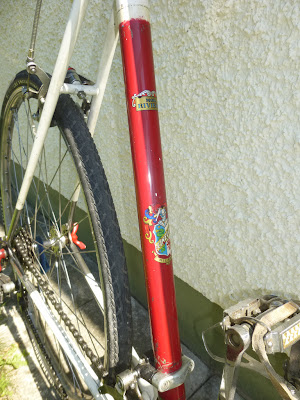 I can be contacted at veronaman@gmail.com
Posted by Angelo senza la o at 11:48 AM