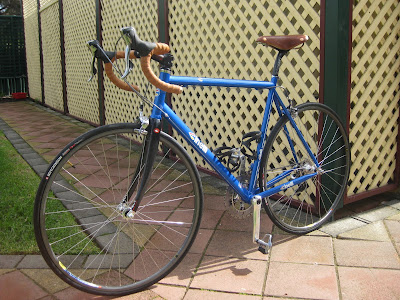 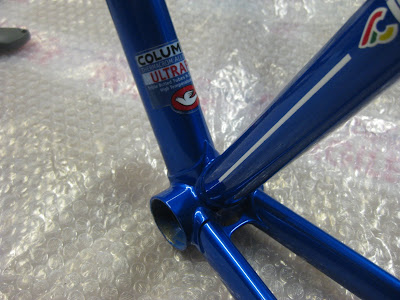 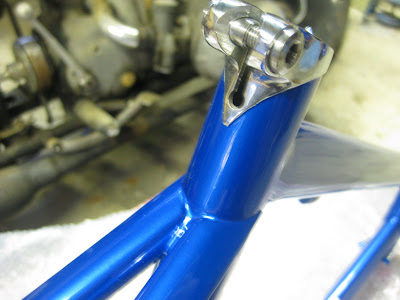 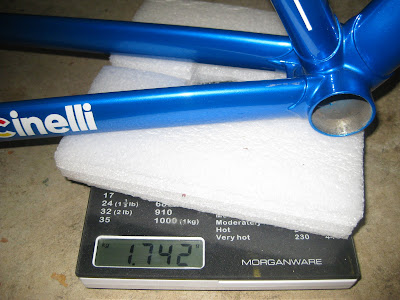 Michael, from Australia, writes in with, "I had an early flirtation with Cinelli Proxima trophy and after a few rides, sold it (still don’t know why) but regretted it ever since.

However, after a few years, managed to latch onto the blue beauty that I now own, and will never part with.

It was NOS when I bought it and was sourced from Cicli Ferca in Lake Como. It is made from Columbus Ultra Foco and is XL in size. The frame weighs 1742g which is pretty good, and the filet brazed lines along with the lugged BB are just sweet.

The Serial No. is 01-173, so believe that it is from 2001, and was made by Losa. I believe that there are not many around which makes it even better.

It is a great bike for riding in the Adelaide Hills and gets those admiring looks from everywhere."

I can be contacted at veronaman@gmail.com
Posted by Angelo senza la o at 7:14 AM