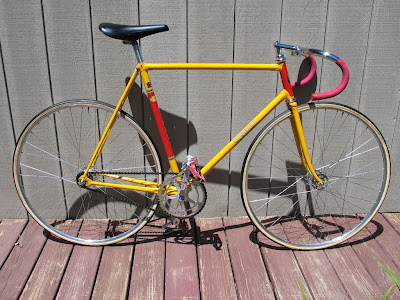 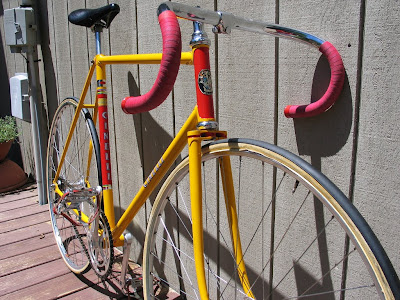 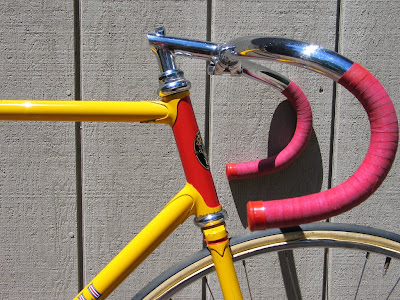 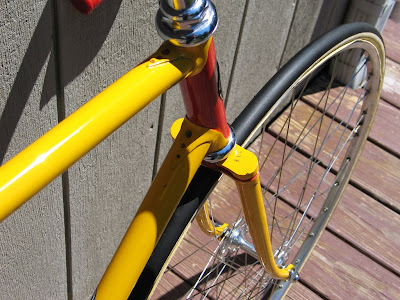 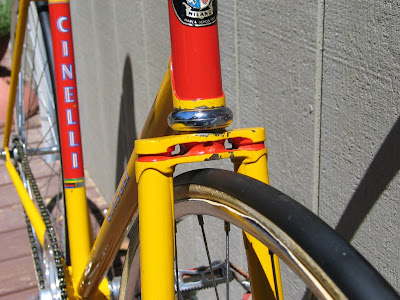 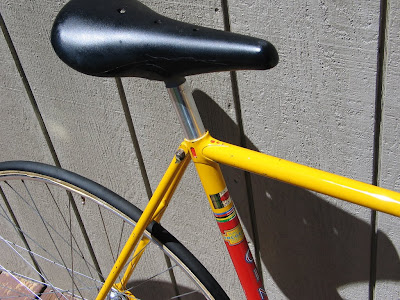 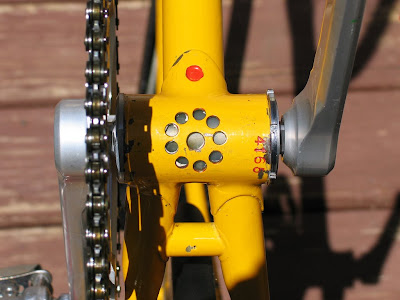 Thanks to the owner, Kevin M., for sending in photos of his early 1970s Cinelli Leggerissimo pista bike. The frame was sold originally through Brügelmann in Frankfurt, Germany. This lightweight frame has a drilled bottom bracket and special lightweight Columbus tubing.

Kevin writes, "I bought the frame several months ago. Its paint was in good shape, but it was missing most of its decals. I had CyclArt leave the paint as is, scuffs and all, replace the missing decals and apply clear coat just to the decals. I'm pleased with it. Some of its parts are less than ideal, but I'll replace them as they become available."

ed. note: I believe the Leggerissimo was first offered in 1972, and that it was at least available until 1976 when it still appeared in the Brügelmann catalog. Click here to see the catalog and a photo of my own Leggerissimo and the story behind it.

I can be contacted at veronaman@gmail.com
Posted by Angelo senza la o at 6:49 PM