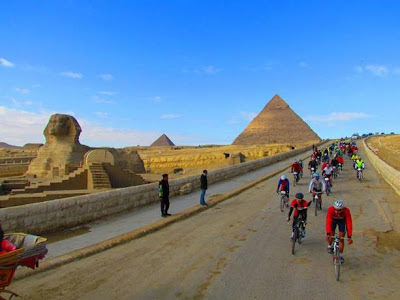 Almost thirty years after introducing the Rampichino (mountain bike) in Italy in 1985, Cinelli is shortly unveiling the Hobo. The Hobo is designed for adventure cycling, on and off road. The concept behind the name is: "The “Hobo” refers to the homonymous culture grown in America early twentieth century, based on the voluntary adoption of an adventuring and wandering lifestyle devoted to simplicity, soul searching, honesty, and respect for man and nature."

Three Hobo prototypes were ridden in the Tour d’Afrique 2013. The three month tour left Cairo on January 11th and arrived at the finish in Capetown on May 11th. Details of the final production Hobo have not been announced yet other than we know that the frame will be using Columbus Life tubes and will be TIG welded. 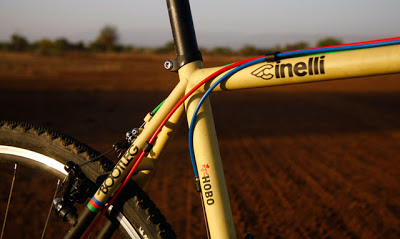 Read on the tour website: "It’s a tough beast and has handled itself very well on some of the toughest roads. With a steel Columbus frame and laid back geometry it absorbs a lot of the impacts of the roughest roads instead of your derriere. It’s also light and sleek enough to cruise on the many paved stretches of the Tour. It doesn’t look to bad either – it is Italian after all."