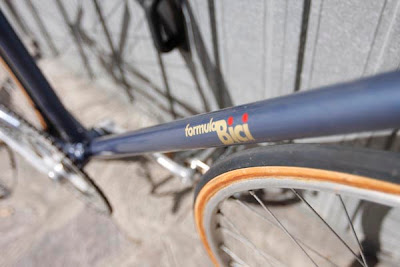 Recently we received some photos from a Cinelli collector asking whether a track frame he had recently acquired was a Cinelli or not. It had a graphic schema similar to that of the supercorsa, utilised Cinelli investment cast frame components and had a small Cinelli decal on the seat tube, the stated brand of the frame, though, was Formula Bici and on the top tube there was the signature of a builder called “Andrea Pesenti”. Andrea Pesenti indeed has more than a strong link to the Cinelli brand, he was the Cinelli framebuilder for over ten years and famously has built every single one of the Laser frames ever produced, without exception, and continues to do so for next year’s reissue of the model.

Formula Bici was a subsidiary company of Cinelli formed in the early 80s, around the time when we Cinelli began tig-welding BMX frames– the famous CMX series – the first frames built by Andrea, an early proponent of this construction method, with Cinelli.. Around the same time Cinelli decided to create a subsidiary brand, named Formula Bici, which would produce simple, slightly more economical variants of the classic Cinelli steel models of the day for Cinelli to sell, primarily but not exclusively, in its shops it had at the time “Gran Ciclismo”. Just as some of the later Laser frames include Andrea’s engraved signature on the underside of the bottom bracket shell, some Formula Bici frames are also “signed” by Andrea. The style of these frames was simple, restrained and elegant, usually only in one solid colour with single colour decals, a sort of early parent to our current line of Gazzetta frames.

The legacy that remains of this brand lies in a few simple classic frames made with functional good quality components made by Cinelli, and, unusually for the period, evidencing the name of its own framebuilder. The photographs below are courtesy of Stefano Pedrini, owner of the frame. Note the particular fork crown with the two point to match the Formula logo and personalised Italian Cycling Federation details on the seat stays." 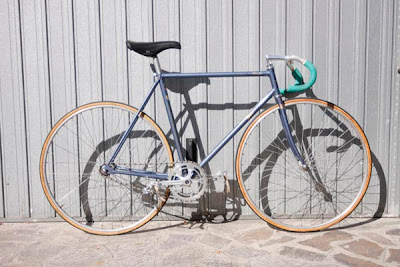 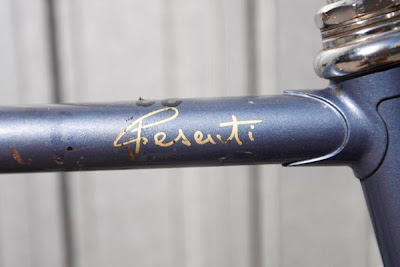 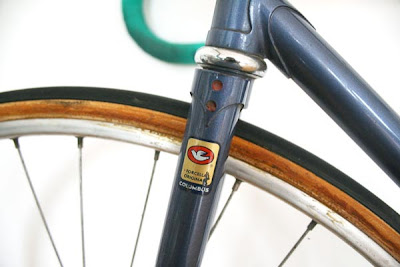 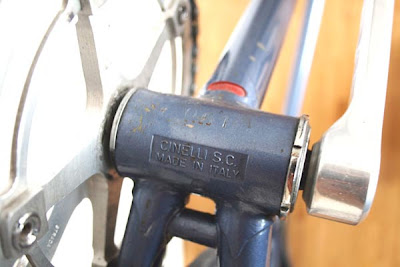 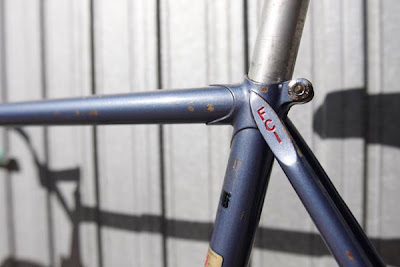 I can be contacted at veronaman@gmail.com
Posted by Angelo senza la o at 6:30 AM