Anésio Argenton and His Cinelli Pista 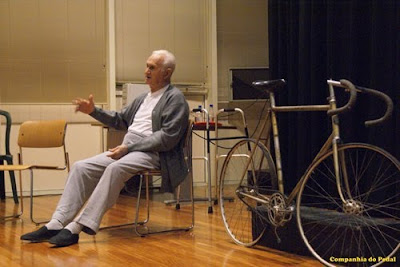 Anésio Argenton, born in Boa Esperança do Sul, São Paulo, 1931, was four-time Brazilian cycling champion and the only Brazilian who won a gold medal at the 1959 Pan American Games in Chicago. In the 1963 Pan American games of Sao Paulo he took the bronze medal. Argenton also raced in the 1956 and 1960 Olympic Games.

Thanks to Matteo for the information.

I can be contacted at veronaman@gmail.com
Posted by Angelo senza la o at 7:58 AM