A Cinelli with a Racing History 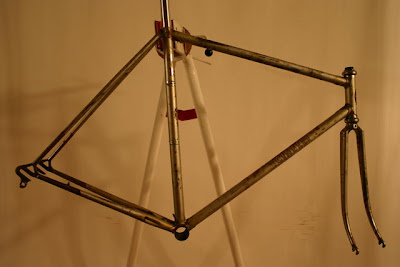 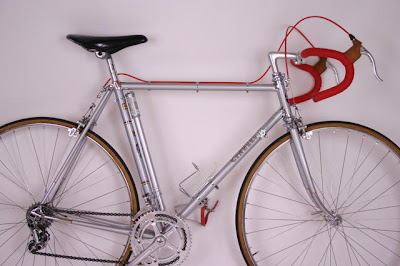 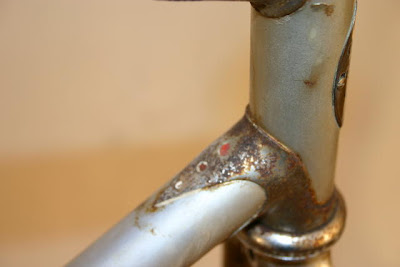 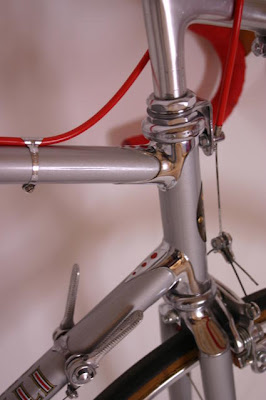 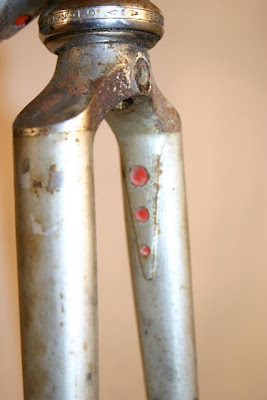 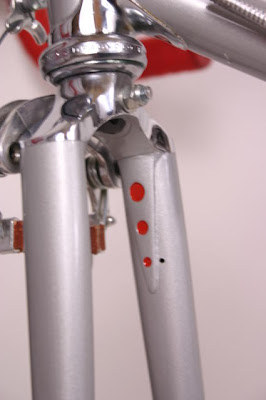 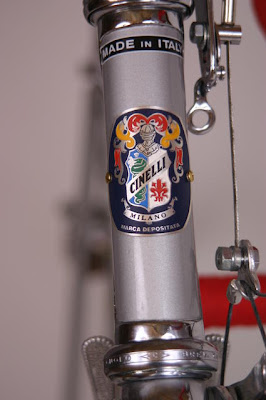 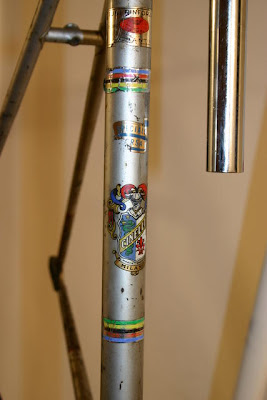 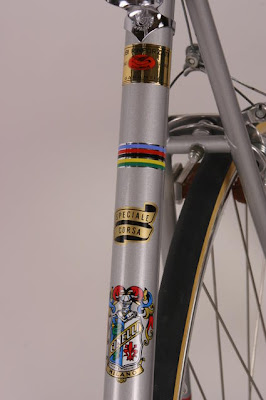 CINELLI ONLY reader Norm writes in with his story 1969/1970 Cinelli and its restoration, serial number 6809:

"I acquired this 1969/1970 Cinelli SC from the second owner in 2006. He bought it used in 1973 from Doug Dale, the original owner who bought it in 1969 or 1970 from Kopp’s Cycles in Princeton, N. J. It had seen 36 years of hard use and neglect and was seriously rusty but it had most of its original parts and the price was right so I bought it hoping it could be saved.

I finally got to meet Doug Dale at this year's Longsjo race. There was a reunion of past champions and a public ride with the 70's Raleigh team. I signed up for the public ride and brought the Cinelli. Doug was a racer in the Philadelphia/New Jersey area as a college student in the mid 1960's when he became involved with Fritz Kuhn of Kopp's Cycles in Princeton, N. J. He described Fritz as a mentor. He got this bike through Fritz in 1969 or 70. He confirmed that it came from the factory as a complete bike and that I did indeed have the original components except for the steel Record derailleur which had been replaced by NR in 1973. He also talked about a few of the races he did with this bike and how he placed. Given this partial history I guess he was pretty good.

Here is a clip from a note Doug sent me after the ride:

Dear Norm,
Thank you so much for making the effort to make that wonderfully restored bike part of the celebration. It was a moving experience for me to see it reincarnated to full majesty and in race readiness.... Howie ( John Howard ) was telling me about his collection too. But, I doubt his bikes could rival your Cinelli for total restoration which was darn near perfect. Again, thank you for resurrecting my speedy beast.
Doug Dale

The bike was refinished in February, 2007, by Bicycle Specialties (Mike Barry ) of Toronto, Canada; Mike Barry's painter at the time was Noah Rosen who is continuing the business as Velocolour. The parts which were replaced: rear derailleur, stem, front caliper, brake levers, pedals, clips, straps, wheels and freewheel."

I can be contacted at veronaman@gmail.com
Posted by Angelo senza la o at 6:17 AM