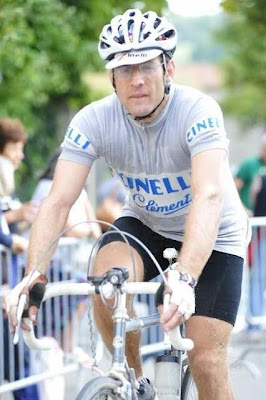 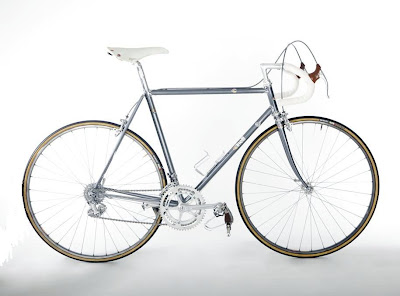 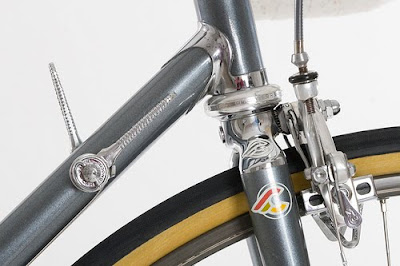 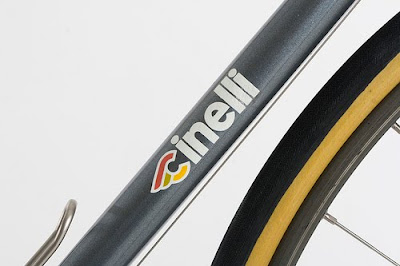 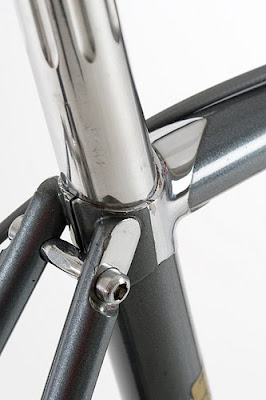 CINELLI ONLY reader Michael writes in with his story of riding L'Eroica with his 1984 Cinelli, serial number 84106:

"MY FIRST L'EROICA - THE BEST BIKE DAY OF MY LIFE

I bought my 1984 Cinelli Supercorsa on Ebay early last year. It had a dented down tube and many updated parts. Luckily, I was able to hide the dent with some creative touching-up of the scratched/dented area and spent many enjoyable hours conserving the bike and returning it to its Nuovo Record splendor. My expatriate buddy Mark lives near Livorno has ridden L'Eroica numerous times. Luckily, he warned me about strong, wide tires and gearing I would need. I was able to tweak the chain length and dropout screws so that the bike would work with a 30t rear cog (I had the standard 42/53 in front). A set of 700x28c clinchers was mounted on the Mavic MA40 rims and the bike was ready for L'Eroica.

I convinced my wife (easily done - just say: "Prada Outlet") that what she needed was a week in Tuscany, so we spent a few days on the coast in Viareggio, riding our bikes around Lucca, Pisa and Elba before heading to our hotel in Radda. The day I spent at the L'Eroica exhibition was worth the trip all by itself. The highlight for me was meeting Valeriano Falsini, a friend and gregario of Coppi's and ogling over the bike that Coppi gave him as a gift. 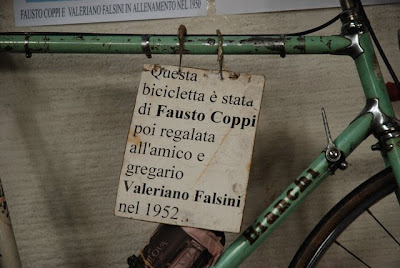 The most interesting thing I learned from Valeriano had to do with gearing and team dynamics. John and I observed that the Bianchi had a 46t front chainring and a 23t largest cog on the back. We commented to Valeriano that Coppi was indeed a campionissimo because he could survive in the mountains of the Giro and Tour, on terrible roads, with such a big gear. Valeriano waved us off and said something to the effect of: "We all used to have to push the xxxx up the steep parts because of that gearing!". I guess things were different back then; it was all for the leader and the all-seeing tv cameras had not made their appearance yet.

The next day I rode the 205km route and finished in about 11 to 12 hours. The first few hours in the dark were really tricky and there were a lot of crazy riders who were treating it like a race. I backed off and just rode at my own pace, trying to find others with a similar goal.

It took me a long time to descend on the strada bianca and many other, more-skilled riders, left me "in the dust". The good news is that I did not kill myself or end up looking like a lot of the other riders with road rash, ice packs and covered with dirt from wiping the floor with their bodies.

The climb to Montalcino seemed to go on forever, but the scenery was breathtaking. I found the Santa Maria to be the hardest climb because at that point my reserves were depleted. The last section of that climb, where it is pitched up to 18%, was the only one I had to walk up (next time I bring a 32 lowest cog, instead of the 30!!!!).
It was really satisfying to finish the long route. Next time, I want to ride a shorter route and spend more time eating ribbolata (a Tuscan vegetable porridge) and drinking the wine at the rest stops. Care to join me?"

I can be contacted at veronaman@gmail.com
Posted by Angelo senza la o at 8:35 AM