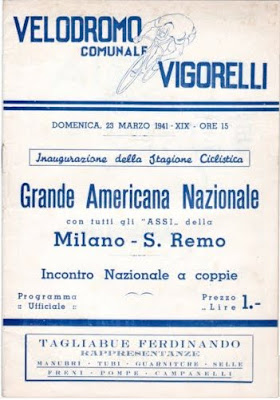 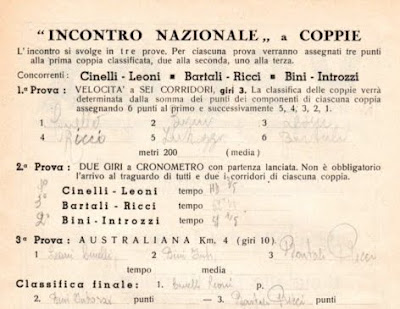 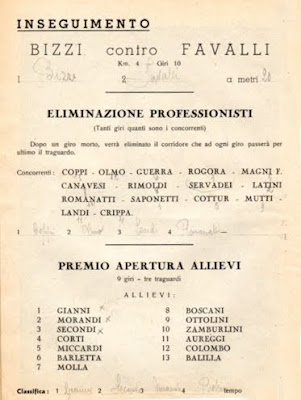 Cino Cinelli vs. Adolfo Leoni in the program for the opening of the 1941 track season. Leoni went on to win Milan-Sanremo the following year, 1942, and Cinelli won the year after that, 1943.

Coppi, Bartali, Olmo, Guerra and Binda are also on the program of 23 March, 1941. Those were the days.

I can be contacted at veronaman@gmail.com
Posted by Angelo senza la o at 2:13 PM