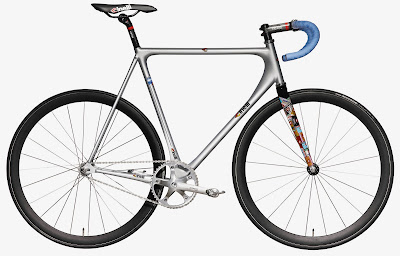 This is the Laser "Nostra" prototype being auctioned at Sotheby; see http://www.sothebys.com/en/auctions/ecatalogue/2013/null-n09014/lot.28.html

For the record, the auction states:
A PROTOTYPE "LASER NOSTRA" BICYCLE


The Laser "Nostra" was the very limited edition Laser in steel that became available in 2011. Some detailed photos of the display bike here in Cinelli Only. These were made by the framebuilder of the original Lasers, Andrea Pesenti.

addendum of November 6th: the Sotheby auction has been updated with this, correct, photo of the Nostra being auctioned: 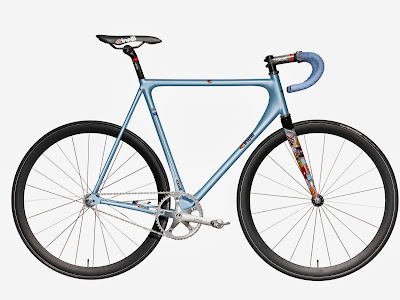