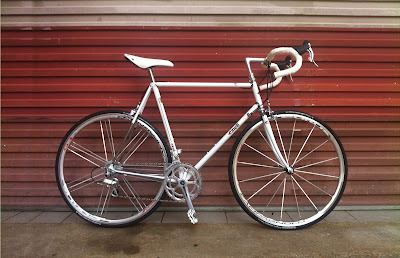 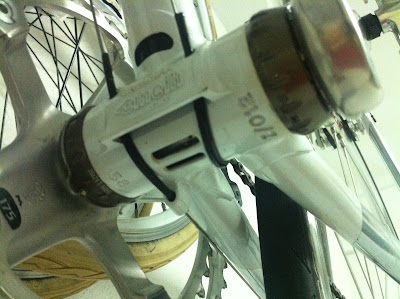 A reader sent me this photo of his new Supercorsa, made with Columbus SL. It has a serial number of Z012.

I'm told by Cinelli that this serial numbering system was implemented in 2010 in which the first letter represents a year and the following numbers represents the frame number for that year. Z corresponds to 2012 so this would have been the twelfth frame in 2012.

btw, the reader is recovering from a back problem so hence the build for now.

I invite you to contribute by sending in photographs of your Cinelli bike, illustrations, personal stories, and articles about Cinelli bikes and components. Thanks for stopping by. I can be contacted at veronaman@gmail.com
Posted by Angelo senza la o at 5:52 PM