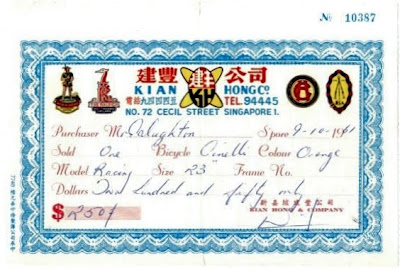 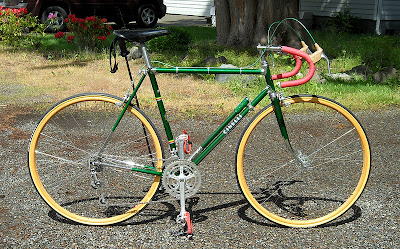 Sometimes it's a very small world...

"What a great piece of luck to hook up with him, 51 years after he bought the bike," wrote Robert. "Gordon said the bike went away for awhile and he got it back eventually. Had been repainted 3 times before I got it. The bike means so much more to me now."

Robert is co-owner of Elliott Bay Bicycles and does restorations of Cinelli bikes (and other makes). His gallery of this Cinelli restoration is here.

I invite you to contribute by sending in photographs of your Cinelli bike, illustrations, personal stories, and articles about Cinelli bikes and components. Thanks for stopping by. I can be contacted at veronaman@gmail.com
Posted by Angelo senza la o at 6:38 AM