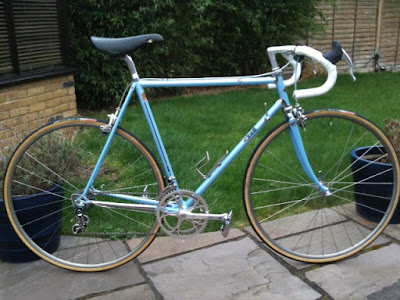 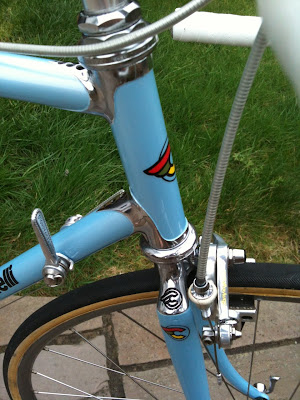 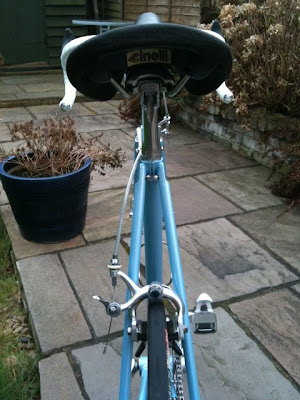 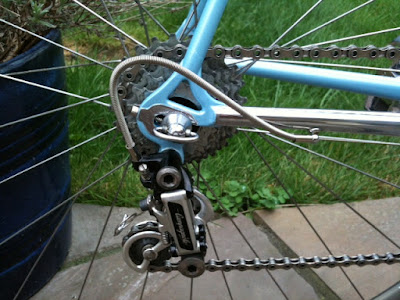 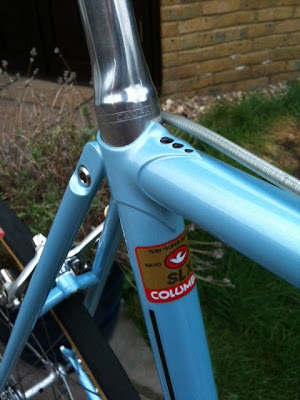 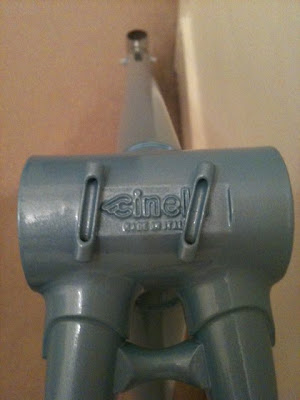 Toby from the UK writes, "I saw your blog and wanted to share with you my Cinelli
Supercorsa which I've recently had repainted/rebuilt. It's a strange one as it has no serial number on the bottom bracket, drilled lugs with the modern seatpost size of 27.2 and the modern brake bridge. Maybe you may now something about the history of the frame? I was told it was found with two other identical frames in a storeroom in the Cinelli factory in Milan and was brought to the UK by Brick Lane Bikes in London where I purchased it. It didn't come with a fork so I had to source this myself which was difficult to say the least."

I don't recall seeing a Cinelli without a serial number but there may be an interesting story behind this one.....

I can be contacted at veronaman@gmail.com
Posted by Angelo senza la o at 7:23 AM