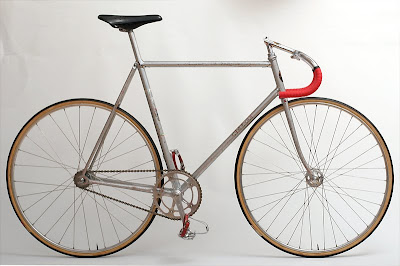 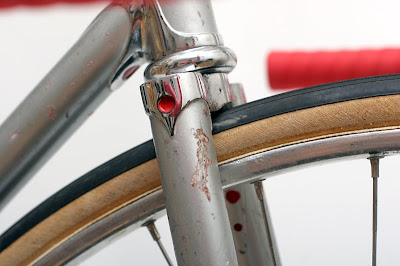 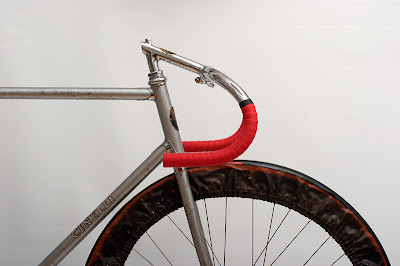 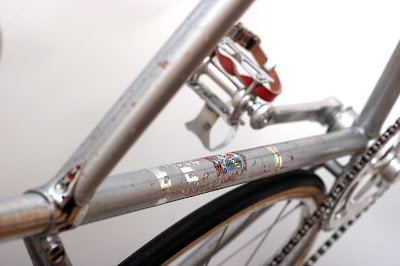 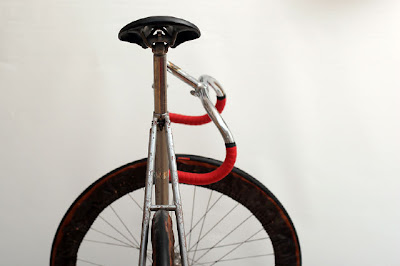 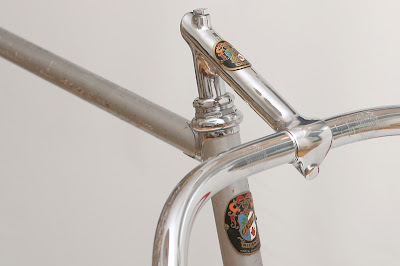 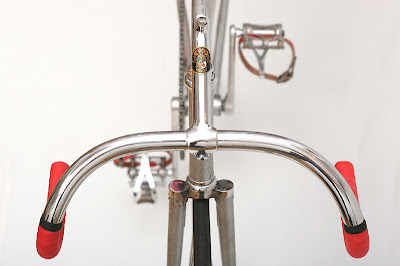 Thanks to Erik for the following:

"I really enjoy your site. I own Three steel Cinellis and love the brand.
I recently completed a build of an old SC Pista frame that I wanted to contribute with to your site.

The frame was raced in Bulgaria and bought in the capital Sofia. It was most likely raced by a national team member back in the days. According to my estimation the frame is a later 70's model, judging by the drilled lugs, lack of oil port, lug shapes and Columbus sticker. The fork crown is a flat model but unlike most other Pista's it has a circular hole istead of the usual triangel/heart or horisontal straight milling on the sides.

The frame has a beautiful patina, no dents or damages what so ever and has been fitted with period correct and equally patinated high end components. This bike is definitely a keeper as it fits me like a glove. I will eventually bring it to the track, get rid of the Clement tyre covers and give it some good racing time, just like it was built for!

The serial number is 8087. It is also inscripted on the bottom bracket with the letters "CINELLI SC MADE IN ITALY" which indicates it's a pretty late 1970's frame (as far as I know)."

I can be contacted at veronaman@gmail.com
Posted by Angelo senza la o at 6:31 AM