My grateful thanks to CasbahCicloClub for permission for story and photos: 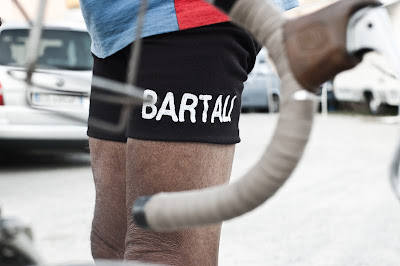 "While sitting outside our van at Eroica, waiting for the night to come, sipping our cold beer, we suddenly had this apparition. An elegant man riding a really old Cinelli just came across and disappeared in the parking lot, we stood there like four garden dwarfs for a while. Then the man came back and stopped right in front of us. In two seconds we were all around him jumping and screaming like a bunch of school girls. 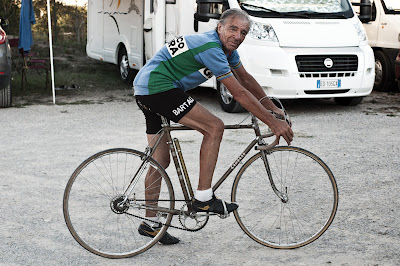 As many of the Eroica participants he was more than happy to tell us something about his ride, on the other side we were so euphoric that we forgot to ask his name. Very impolite. Anyway he was looking for somebody he couldn’t find so he spent ten minutes recalling the story of this bike. 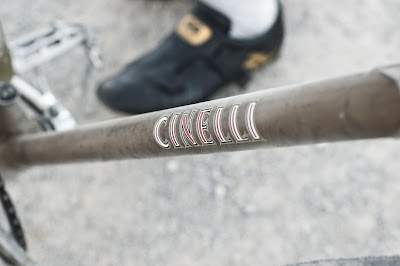 The frame was built for his cousin in the early 50′s, considering that Cino Cinelli started his business as a frame builder in 1948 this must be one of the first bikes produced. At that time Cinelli was an exclusive brand, it was the brand for the rich people, the top rated bike around. The guy omitted the way his cousin became rich during the war and was a little upset because he had to wait until his cousin death to ride this jewel. 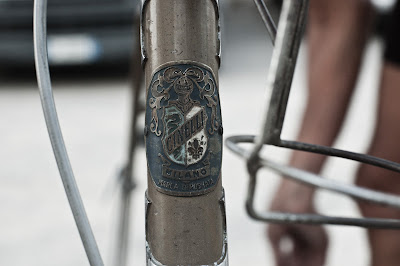 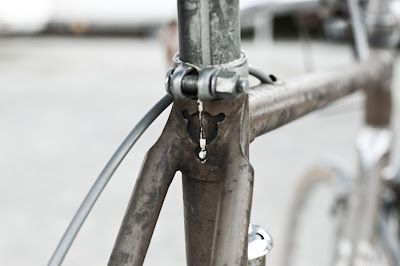 Some clues could help us dating the frame. First the seatstay are in a “traditional” position, as all of us know Cinelli lately redesigned the seat collar, bring the seatstays in behind the lug rather that along side it, but this modification was brought around the 1953 apparently. 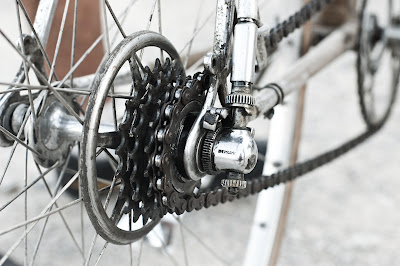 Second clue is the rear derailleur. Is a very rare Cambio Paris Roubaix produced by Campagnolo from the 1950 to the 1955. This derailleur was extremely innovative since it allows the rider to change gear by using only one lever, instead of the two normally used those days (one for moving the chain one one for release the wheel). We were astonished by the way this derailleurs works, but the guy with peacefulness in his eyes told us that during the day he had no problem shifting the gear more than 20 times over a 40 km tour. Only 20 times in the hills surrounding Gaiole in Chianti? This man came from another, and better, conception of cycling." 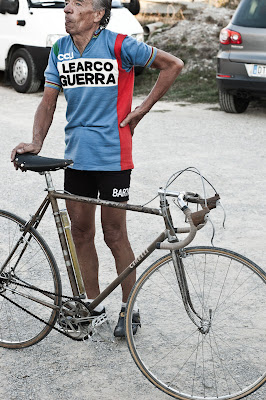 I can be contacted at veronaman@gmail.com
Posted by Angelo senza la o at 6:55 PM