Distinguishing a Cinelli from a Windsor, a Photographic Comparison

My thanks to Cinelli Only reader Steve F. who wrote in with, "A while back I was faced with an unpainted frame that looked very much like a Cinelli. At that point I had never heard of a Windsor but soon learned how easy it is to get fooled by the Mexican "Cinelli". It became clear that a database where one could compare the two makes would be very beneficial. Fast forward a few years and I now own both a Cinelli Speciale Corsa and a Windsor Professional. So I present to the Cinelli Only community a visual primer, or bike spotter’s guide, to the main differences between the two bikes. One caveat, the Cinelli, black bike, is a repaint whereas the Windsor is original. Lastly the bikes are both 58 centimeters and are circa 1970."

To add to Steve's comments, there have been also been more than several Windors that have been repainted and decaled as Cinellis and sold to an unsuspecting buyer. Note also that a Windsor will use a 27.2 seatpost (note: early Windors are know to have also known to have used 26.8), whereas a Cinelli will use a 26.2 seatpost. Why? Read Serafino Tomi's interview here to find out. 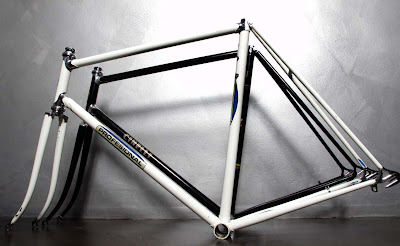 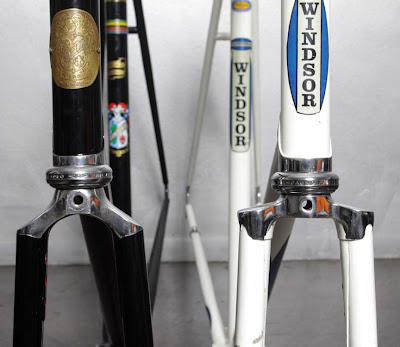 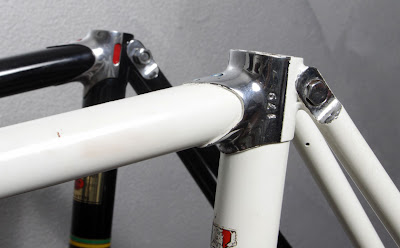 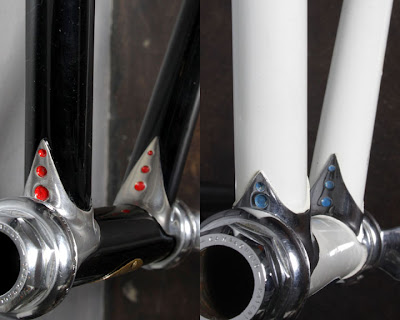 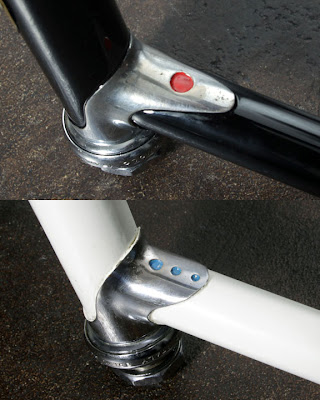 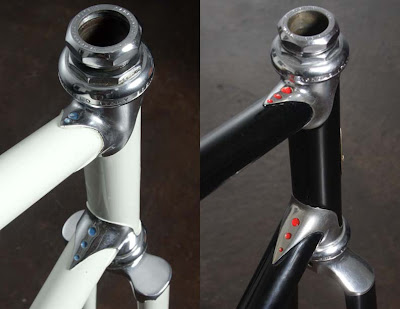 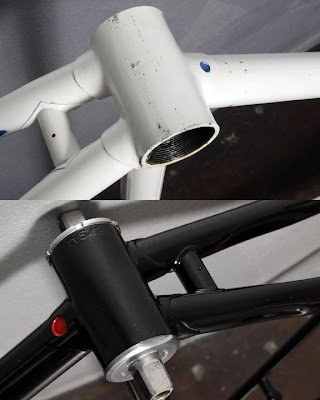 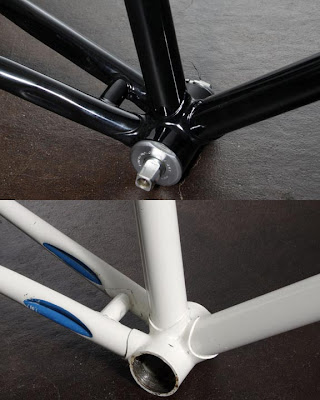 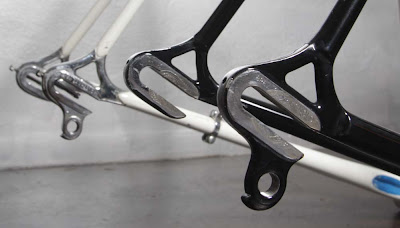 addendum March 26, 2014: I read the following on classicrendezvous.com: "The builder of these bikes was a gentleman by the name of Remo Vecchi, who had worked for Cinelli in Italy, until he was brought over to Mexico to build these bikes. It is this reason I believe why the Windsor Pros are virtual copies of actual Cinelli's." If anyone has more information about this please contact me.

I can be contacted at veronaman@gmail.com
Posted by Angelo senza la o at 5:18 PM

Labels: Distinguishing a Cinelli from A Windsor, Windsor