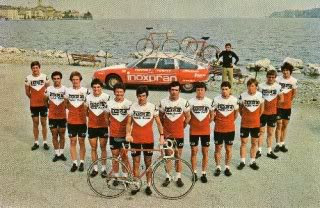 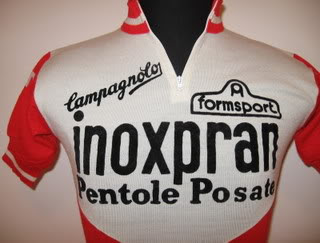 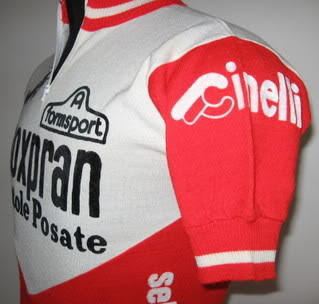 The Inoxpran cycling team began in 1979. The Inoxpran team achieved success with Italian Giovanni Battaglin who won in the period of a month and a half in 1981 two Grand Tours in with the 1981 Giro d'Italia and the 1981 Vuelta a España. Battaglin was the second rider in history to achieve this Giro-Vuelta double after Eddy Merckx who achieved the double in 1973. Roberto Visentini had been the Inoxpran team leader in 1983 when he finished second overall in the 1983 Giro d'Italia.

I can be contacted at veronaman@gmail.com
Posted by Angelo senza la o at 7:31 AM